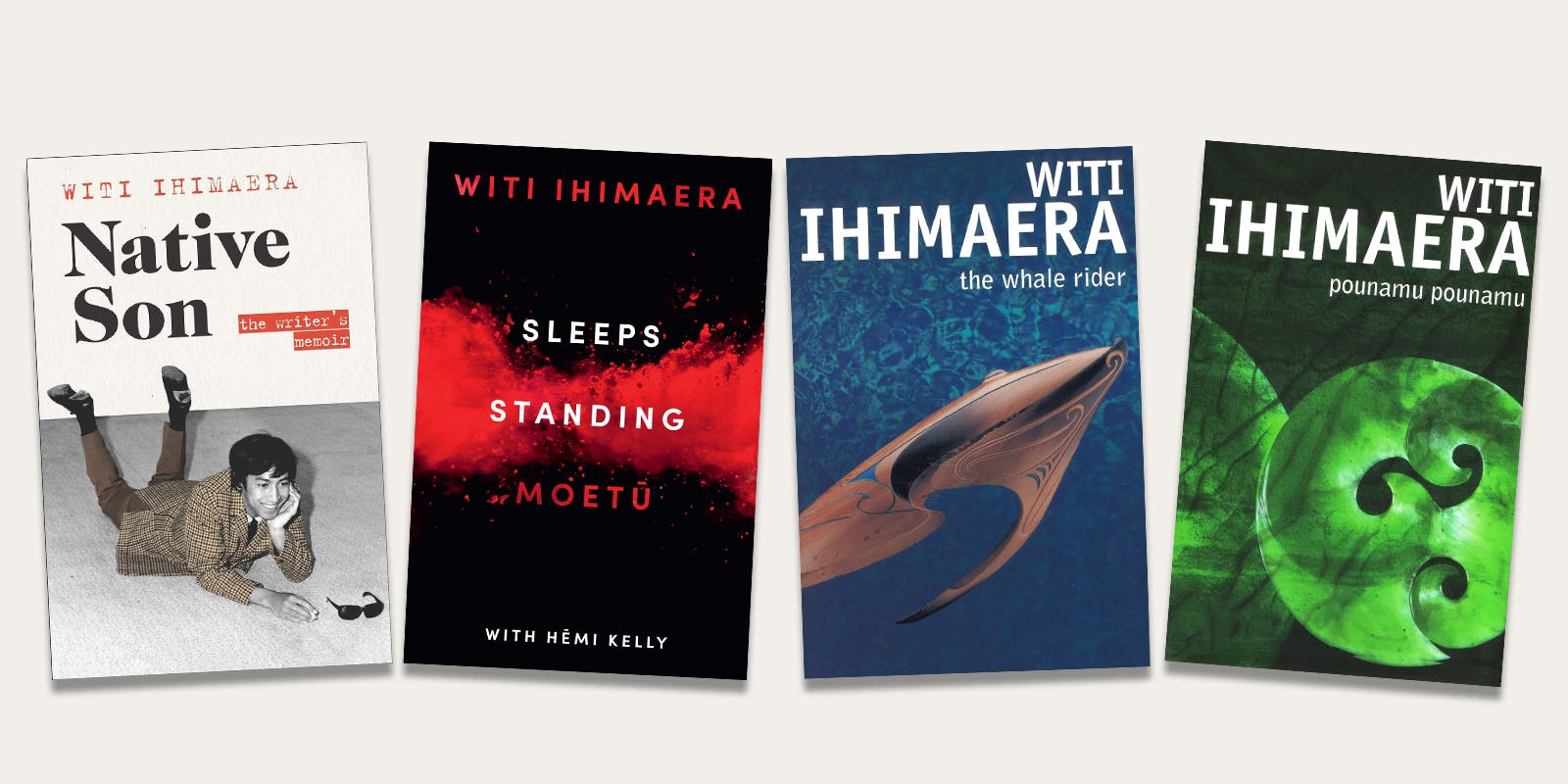 Writing about the Māori world, both rural and urban, often knocking into the Pākehā status quo, Witi Ihimaera’s writing has always offered a broader view of what New Zealand literature could be – should be – about. But with numerous short stories, novels, libretti, plays, memoirs – well over 20 books, plus many more he has edited or contributed to –  where do you begin? Following is a sampling from our Fiction Publisher, Harriet Allan.

As you’ll see mentioned below, Māori mythology has had a significant impact on many of Witi Ihimaera’s works – and indeed his life. He feels he was always destined to write Navigating the Stars, so this significant publication is a good way into his inspiration and world. In this book, he explores Māori creation myths, retelling the versions he was brought up with, while also considering alternative traditions and what they are telling us. He tracks the journey many of the myths have taken to reach Aotearoa from the migrations across the Pacific, and he conveys how mythology embodies our identity, history, religion and philosophy, both fact and the fantastical, celebrating our heroes and ancestors, explaining and enriching our world. You may already be familiar with the tales of Māui or the story of the separation of Rangi and Papa, but this book will reveal so much more.

Witi’s memoirs not only reveal where he came from but also the source of his various books. They give a taster of many of his works and an insight into their writing, so this may well help you decide which book to jump into next. The memoirs themselves offer a poignant, revealing and fascinating read. To explain his formative years – the formative years of a Māori boy – Witi demonstrates in the prize-winning Māori Boy that you need to understand his ancestry, his whānau and his myths, just as much as the details of his individual life. Circling these rich, multiple layers, he also gives a vivid, moving and shocking account of his early experiences. One event in particular overshadows his life and, as you can go on to discover in the pages of Native Son, it would continue to do so. Native Son follows Witi from the age of fifteen until he left New Zealand in his late twenties with the first of his publications being released.

Pounamu, Pounamu was his first publication. A collection of short stories, it drew inspiration from the valley of Waituhi and the lively array of people who were part of his upbringing. Witi’s stories offer a tremendous variety, though all are distinguished by his trademark humour, humanity and political edge. If you want more short stories – and they are as entertaining as they are informative –  then seek out His Best Stories or his most recent collection The Thrill of Falling. The latter presents an array of different narratives – literally different ways into story. You might also like the hybrid book Sleeps Standing, a novella based on the Battle of Ōrākau, together with a Māori translation, photographs and eyewitness reports.

Some of Witi’s stories later expanded into novels, such as The Whale Rider and Bulibasha.

A young girl, a whale, a village under threat and an ancient myth all combine into a compelling story for adults and children alike (and there’s a te reo Māori version being re-released soon to give you a completely different way into Witi’s work). Yes, there is also the film to watch, but this is not a long novel, so if you want a quick read, this is the perfect place to start.

With echoes of Shakespeare’s rival families in Romeo and Juliet, this is a Māori Western set amid shearing gangs. A grandson takes on his dominant grandfather and discovers a dark secret that concerns his beloved grandmother. This novel was made into the film Mahana.

As mentioned, both the above novels have been made into films, as has White Lies. This publication shows that films and the books they come from can offer very different ways into the same ideas. This volume has the original short story, alongside the novella it inspired and also the screenplay for the film by Dana Rotberg. If you are interested in film-making, this book is for you, but there’s also a whole lot more, including insights into Māori medicine, moral dilemmas, the position of women and the colour of skin.

Nights in the Gardens of Spain

This has also been made into a film. It is a novel about coming out, a brave move for it was also a public coming out for the author. As the blurb says, the novel takes us along the precarious divide between sexuality and social mores, exploring dilemmas of contemporary gay culture with anger, laughter, sensitivity and honesty.

This is another novel about sexuality and masculinity, homing in on Māori attitudes. Set in the war-torn jungles of Vietnam and in present-day New Zealand and North America, it is also a moving love story.

Māori mythology is never far from Witi’s work. This novel is a great example of that, being based on the Māori legend of the battle between the land birds and sea birds. Although longer, like The Whale Rider, it is a good way into Witi’s work for younger readers, while being equally appealing for adults.

Witi has always been interested in Māori history, and here the fate of the pacifist Parihaka protestors forms the backbone to this novel. Witi has also long been interested in opera, and this fascinating story takes on an increasingly operatic flavour as it progresses. It’s an unexpected and inventive love story.

The Matriarch and The Dream Swimmer

Also showing the influence of opera, these two novels are particularly experimental, so a bit more of a challenge. Give these a go once you have some of Witi’s other works under your belt. The Dream Swimmer is the sequel to the prize-winning The Matriarch, following the journey of Tama Mahana, as he tries to understand the Matriarch, the ruthless beauty who fought for her land.

The revealing sequel to the award-winning memoir Maori Boy.

This is the first volume of Witi Ihimaera's enthralling, award-winning memoir, packed with stories from the formative years of this much-loved writer. 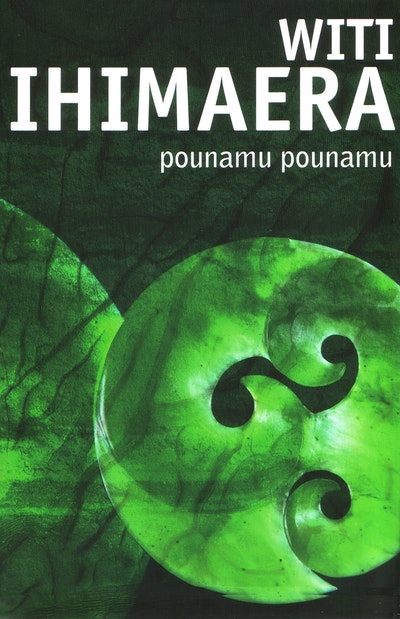 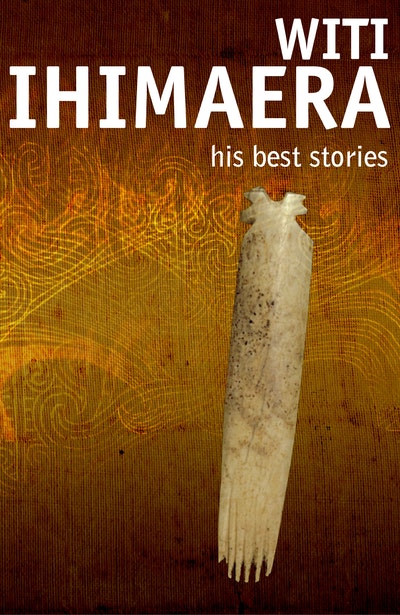 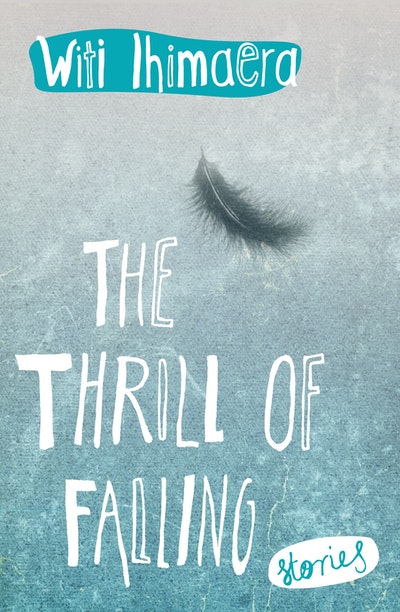 The Thrill of Falling Witi Ihimaera

A stunning collection of stories from one of New Zealand's favourite authors.

A little book containing so much: a novella, history, eyewitness reports, Maori translation, verse and images. 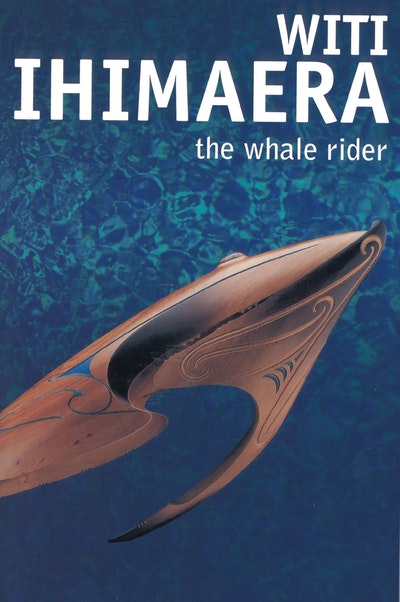 A classic novel that became a classic film. 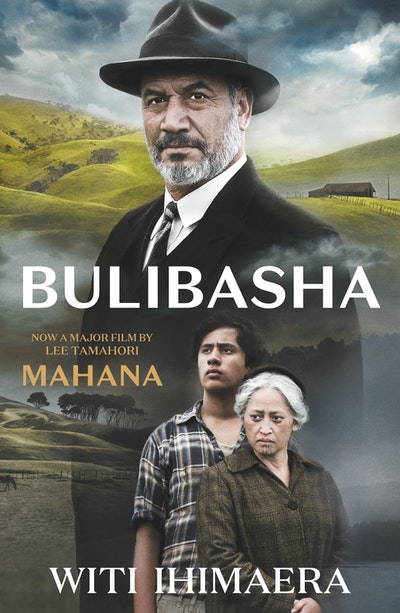 This award-winning novel is being reissued to tie in with the release of Mahana, the stunning film adaptation of the novel. 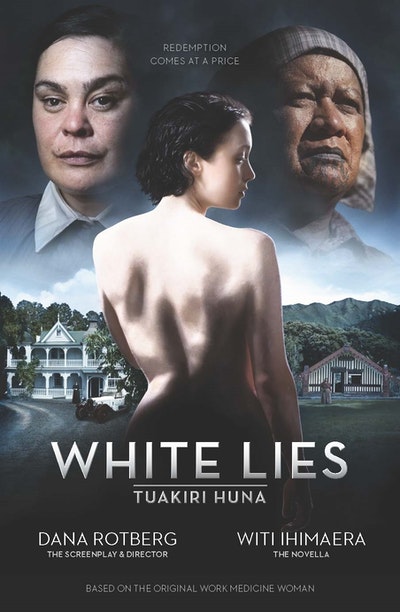 A powerful, prize-winning novella from the much-loved author of The Whale Rider, plus a moving screenplay, film stills and commentary on writing and movie making. 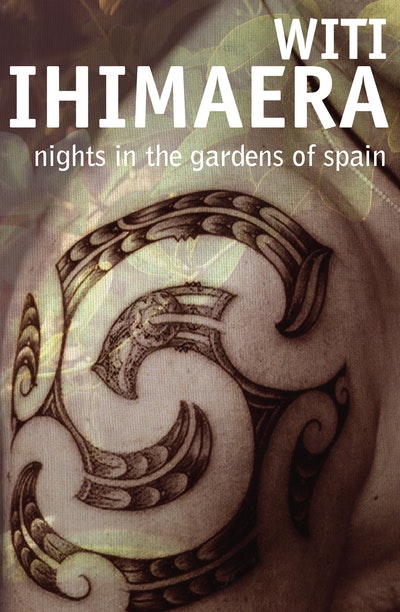 Nights in the Gardens of Spain Witi Ihimaera