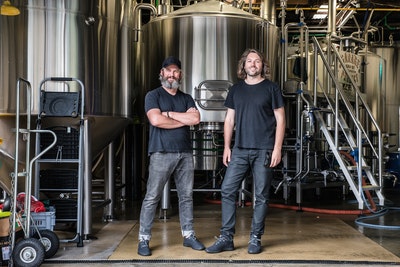 After an ‘epiphany pint’ of Russian River’s legendary Pliny the Elder, Jos quickly became infatuated with craft beer and decided the logical step from a career in video game development was to start a brewery - Garage Project - with his lifelong friend Ian Gillespie and Ian's big brother, Pete. Today, Jos is still as in love with craft beer as ever and can be found working on various projects within the Garage, travelling overseas for brewery events, and - when at home - spending time with friends and his two Huskadors, Monte & Mila.

A one-of-a-kind book celebrating the art, the creativity and - of course - the craft of New Zealand’s most popular and experimental brewery, Garage Project.

Be the first to find out about Jos Ruffell.