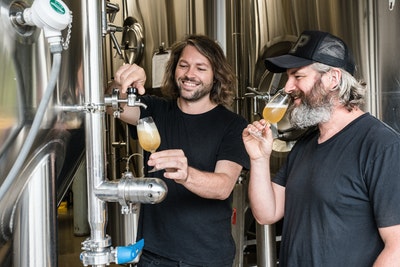 Pete’s earliest memories are of home brewing with his grandfather. After a brief loss of focus, during which time he studied journalism and completed a PhD at Charles Sturt University in NSW, Australia, Pete returned to his passion, brewing first in England at the late, great Brakspear’s in Henley-on-Thames and Hepworth & Co. and then in Sydney, Australia, at the Malt Shovel Brewery. Back in New Zealand, he started Garage Project with his brother Ian and friend Jos Ruffell in 2010. Any time Pete has away from the Garage he likes to spend with his family and his two rescue dogs.

A one-of-a-kind book celebrating the art, the creativity and - of course - the craft of New Zealand’s most popular and experimental brewery, Garage Project.

Be the first to find out about Pete Gillespie.