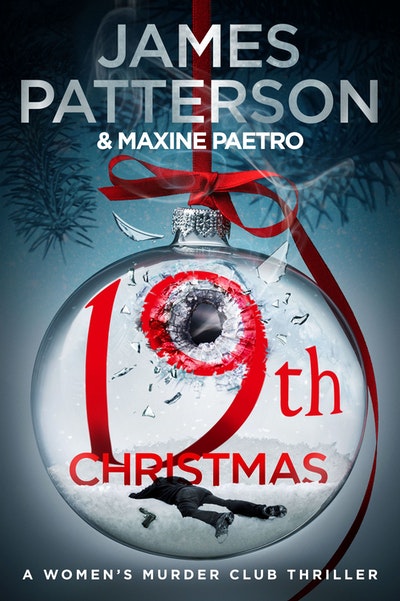 My husband, Joe, our three-and-a-half-year-old daughter, Julie, our aging border collie, Martha, and I had piled into the family car for a tour of the lights.

Julie was wearing a red leotard with a tutu and a blinking tiara. The antlers she had assigned to Martha had been rejected by our doggy, so Joe wore them to keep the peace and Julie approved. I was wearing the sweater my baby fashion coach had picked out of a catalog—Santa and his sleigh sailing over a cheesy grinning moon. It was so tacky it was hilarious.

I did, perfectly pitched.

As we headed down Jackson Street, we sang “Jingle Bells,” and then Martha joined in—definitely off-key.

Dear Joe knew the way to guide our sleigh, and we headed toward Cow Hollow, parked, and walked along Union Street to see the Fantasy of Lights. The Victorian buildings, both shops and homes, were twinkling red, green, and white. Joe carried Julie on his shoulders, and I laughed out loud when she parted his antlers to get a better view of the window displays.

Julie clapped her hands at the sight of the snowmen guarding the entrance to Santaland, and I was elated. This was one of the wonderful things about motherhood, watching Julie make Christmas memories.

“Where to next?” Joe asked Julie. “The fishing boats will be all lit up from the Holiday Lights Boat Parade.”

“Chocolate factory!” she shouted from her top-of-Daddy seat.

And we were off to Ghirardelli Square, near Fisherman’s Wharf, to see the fifty-foot-tall tree decorated with giant chocolate bars, Julie’s idea of the prettiest Christmas tree in the whole wide world.

Yuki Castellano was in the kitchen, and there was not a holiday decoration in sight. She stirred the guacamole and then set a tray of brownies in the oven while her husband, Jackson Brady, mixed up a pitcher of margaritas.

“Ah love to see you giggly,” he teased in his Southern accent.

Yuki giggled just hearing that. From her Japanese mother and her Italian-born American-soldier daddy, she had inherited a ticklish funny bone, no tolerance for alcohol, and a decided weakness for tequila.

“You just want to take advantage of me,” she told her husband.

“I do. My first night off in I don’t know how long, and I think we should trash the bedroom.”

Yuki felt the same way. She’d just finished prosecuting a case from hell, and Brady had been working overtime as a homicide lieutenant and doubling as the acting police chief. They’d barely had time for sleep, let alone each other—and it was almost Christmas.

She said, “No phones, okay? Not a single phone call. And that means both of us, agreed?”

“Say the word and I’ll fill up the sink and drown those dang things in it.”

She said, “The word,” laughed again, and popped open a bag of chips.

“Plate alla that, will you? I’ll grab the liquor.”

They headed for the bedroom with drinks, chips, and dip. They’d chosen to screen an action classic that some considered the greatest Christmas story ever told. Yuki had never seen Die Hard and was wondering now if she’d ever get to see it. Odds were she and Brady were going to be naked before the opening credits rolled.

She went back to the kitchen and turned off the oven. Brownies could wait.

Cindy Thomas and her live-in boyfriend, Rich Conklin, stood on the tree-lined path that divided Civic Center Plaza. The attractions of the seasonal Winter Park were in full swing.

Up ahead, centered on the path, City Hall was alight in wide, horizontal red and green bands; the brilliant Christmas tree in front of the impressive old granite building pointed up to the magnificent dome.

Rich squeezed Cindy’s hand and she looked up at his dear face.

She said, “Are you going to forgive me?”

“For us not going out to see my family?”

“I wish I could, Richie. Your pops always makes me feel like a movie star. But I’ve got that interview tomorrow.”

“Don’t I know it,” he said. He grinned at her and she stood up on her toes to kiss him. He pulled her in and made a corny thing of it, dipping her for effect, making her laugh between the dramatic rows of trees. People cut around them, taking pictures of the view.

She ran up ahead to the couple who had just taken a photo of City Hall.

“Sorry,” she said to the surprised couple. “I wonder if you might have caught me and my man in your pictures?”

The woman said, “Let’s see.” She flicked through the photos on her phone and squealed, “Hey. Lookee here.”

She showed the phone to Cindy, who beamed and said, “Can you send it to me, please?”

“My pleasure,” the woman said. She took Cindy’s email address and said, “There you go. Merry Christmas.”

Impulsively, Cindy threw her arms around the stranger, who hugged her back.

“Merry Christmas to you, too. Both of you,” Cindy said, and she ran back to her sweetheart.

“Rich, look.” She showed him the photo on her phone.

Claire Washburn had slung her carry-on bag over one shoulder and her computer case over the other and was forging ahead toward the gate. She and her husband, Edmund, were at SFO, which was decorated for the season with over three million LED bulbs—not that Claire took any notice. She turned to look for her husband and saw him far behind, gazing out at the light show.

She called, “Edmund, give me one of those bags.”

“I’ve got them, Claire. Just slow down a little so I can keep up.”

“Sorry,” she said, walking back to him. “Why is it you can never find a luggage trolley when you want one?”

He made a face. “You want me to state the obvious?”

The airport was always busy, and it was even busier today, with mobs of people flying out to spend the holidays with relatives in far-flung places.

It was a working holiday for Claire. As San Francisco’s chief medical examiner, she had been asked by National University in San Diego to teach an extra-credit course for students in the master’s program in forensic medicine.

She was glad to do it.

The quick course would be held during Christmas break and was the perfect amount of time for a case study of a crime Claire had worked years ago. The body of a young boy had been discovered in a suitcase chained to a concrete block in a lake miles from home. Claire’s work on that case had helped the police solve the crime.

Along with giving her a nice paycheck, the City of San Diego was putting Claire and Edmund up at the Fairmont Grand Del Mar, a resort-style hotel with a gym and a gorgeous pool. It promised to be a great respite from the somewhat harsher NoCal winter.

Edmund had resisted going with Claire on this trip. He had made plans with friends from the San Diego Symphony to lay down a track for a CD they were working on. But Claire knew the real reason he didn’t want to come: Edmund was becoming more introverted by the year, and he just wanted to stay home.

Claire had told him, “Edmund, it’s a chance for us to be together with a heated pool and room service. Your mom is dying to babysit her youngest grandchild over Christmas, and Rosie wants to be babied. Tell me I’m wrong.”

He couldn’t honestly do that.

Edmund knew how much Claire loved talking to students, encouraging them and sharing her experience on the Thad Caine case. It would be a needed lift to her spirits, and if Claire wanted his company, he couldn’t say no.

Edmund saw a lone luggage trolley by the newsstand and he grabbed it.

He called to Claire, “I got wheels. We are definitely not going to miss our flight.”

Julian Lambert was an ex-con in his midthirties, sweet-faced, with thinning, light-colored hair. He was wearing black jeans and a down jacket as red as a Santa Claus suit.

As he sat on a bench in Union Square waiting for his phone call, he took in the view of the Christmas tree at the center of the plaza. The tree was really something, an eighty-three-foot-tall cone of green lights with a star on top. It was ringed by pots of pointy red flowers and surrounded by a red-painted picket fence.

That tree was secure. It wasn’t going anywhere. But he would be, and soon.

He fished it out of his pocket, connected, and said his name, and Mr. Loman, the boss, said, “Hello, Julian. Are we alone?”

“Completely, Mr. Loman.” Julian knew that he was meant only to listen, and that was fine with him. He felt both excited and soothed as Loman explained just enough of the plan to allow Julian to salivate at the possibilities.

“The plan has many moving parts,” Loman said, “but if it goes off as designed, by this time next year, you, Julian, will be living the life you’ve only dreamed of.” Julian dreamed of the Caribbean, or Ipanema, or Saint-Tropez. He was picturing a life of blue skies and sunshine with a side of leggy young things in string bikinis when Loman asked if he had any questions.

“Then get moving. No slipups.”

“You can bank on me,” said Julian, and he was glad that Loman barked back, “Twenty-two fake dive, slot right long, on one.”

Julian cracked up. He had played ball in college, which was a very long time ago, but he still had moves. He clicked off the call, sized up the vehicular and foot traffic, and chose his route.

It was go time. 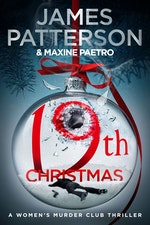 This Christmas season, the Women's Murder Club unite to protect the streets of San Francisco once more in James Patterson's latest instalment to the bestselling series