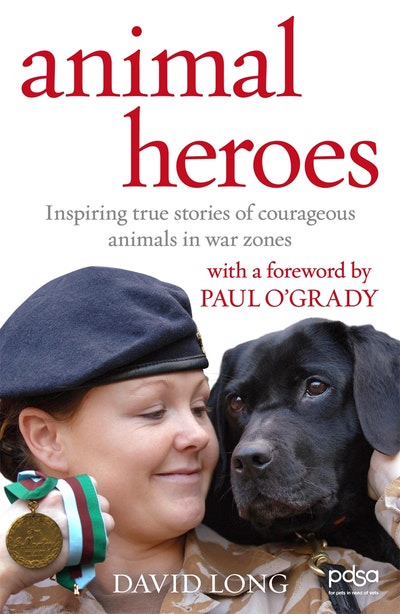 When my book Young Digger was launched at the Australian War Memorial, a friend, Norma Allen, suggested I should tell the story of ‘Horrie the Wog Dog’ – another wartime waif who was adopted as a mascot by his soldiers and smuggled back to Australia. ‘But that book has already been written,’ I said. ‘Horrie was destroyed by quarantine officials during the Second World War.’

‘I mean,’ Norma replied, ‘that you should tell what really hap­pened.’ And for the first time in nearly sixty years, she broke her silence and whispered Horrie’s secret. The true end to his tale as told to her by Horrie’s late master, Jim Moody. Even then, Norma said a silent sorry to those still in the know: for it was a deep secret, and the past can throw long shadows.

In the months that followed, I was able to confirm the main details of Moody’s story with some members of his family and close friends. I saw the little dog’s khaki jacket, with his corporal’s stripes, and the smuggling pack displayed at the Australian War Memorial in Canberra. I visited the AWM website, looked at the photographs, and read the files. And in doing so, I not only discovered Horrie’s story, but also came across many other stories of animals that have served beside Australia’s fighting forces in war and peace for more than a century.

There were the messenger dogs of the First World War, the tracker dogs who went to Vietnam (and didn’t come back), the patrol dogs and sniffer dogs of more recent conflicts. The gallant steeds of the Australian Light Horse carried their soldiers into many battles in South Africa and Palestine, yet only one ever returned home. The carrier pigeons saved countless lives during the Second World War by carrying messages through storm and gunshot. Two pigeons received medals for their valour, though in truth every ani­mal who goes to war is a hero. White mice and canaries taken in cages to test for poison gas have been no less brave in their way than the mules that hauled the big guns through bursting shellfire in France, or the dolphins hunting for underwater mines in Iraq.

All acted as their training and instinct told them to. They had no choice about going to war. And all found their own levels of courage and loyalty in the face of death, even if faithfulness was too often in the past repaid by official indifference. Some, like Jack Simpson and his donkey, Murphy, who carried the wounded at Gallipoli, became famous. Most are now almost forgotten, surviving only in old photographs, fading letters and newspaper columns.

Then there are the many animal mascots adopted by the armed forces – from pygmy gliding possums, cats and dogs, to kangaroos, crocodiles, merino rams, eagles, ponies and tigers.

Some have been official mascots, symbolising those military virtues of strength, pride and endurance. They’ve been cared for by their units – paraded, promoted, demoted, reported upon – to rep­resent the continuing aspirations, traditions and life of the group. The esprit de corps in fact. And often, through unselfconscious humour and parody, the animals can make the strictures of military life more bearable for their humans.

But by far the greater number of mascots have been stray creatures, found on the road to war and taken in by soldiers for what these animals have to give. Companionship. Unconditional and uncomplaining affection. Hope. Laughter. Relief from the daily horrors and stresses of conflict. The knowledge that, however far from home, servicemen and women have someone close to share their gentler feelings.

For very often there are powerful bonds between the forces and their animals. Of suffering, survival, and salvation. Time and again I came across stories of human lives saved by the warnings of pet dogs and even monkeys. Stoic packhorses pulling drowning men from the Flanders mud. Injured sparrows that gave new hope to the prisoners of war who rescued them, that another life did exist beyond the jail walls.

Given all this, it’s no wonder that so many soldiers risked much to bring their pets home. A few succeeded. The man who smuggled home Horrie the Wog Dog was one of them. Yet most animals were left behind or caught by Australian quarantine officials.

To those who knew them, however, the memories are as vivid and painful as ever. Not all the animals were heroes in a conven­tional military sense, winning medals for valiant deeds. But they all faced the dangers of a battlefield – or were ready, and tried to do so. And to those who love them, every soldier is a hero. 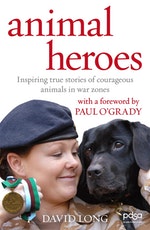