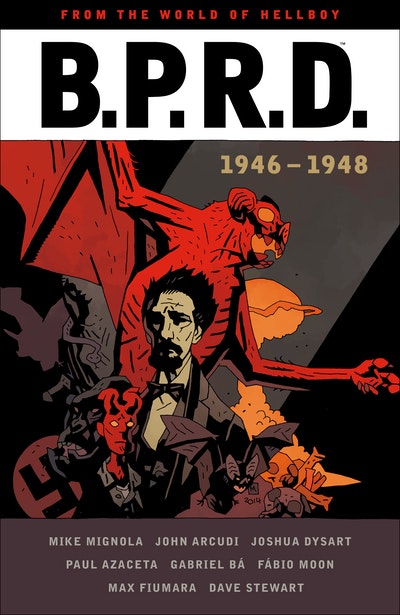 In the wake of World War II, Professor Trevor Bruttenholm--occult investigator and guardian of the young Hellboy--and a group of war-weary veterans investigate Hitler's top secret Project Vampir Sturm, exposing one of the greatest villains of the Third Reich, uncovering the secret history of vampires, and leading one Bureau agent to risk his soul and his mind.