Tokyo Station is packed. It’s been a while since Yuichi Kimura was here last, so he isn’t sure if it’s always this crowded. He’d believe it if someone told him there was a special event going on. The throngs of people coming and going press in on him, reminding him of the TV show he and Wataru had watched together, the one about penguins, all jammed in tight together. At least the penguins have an excuse, thinks Kimura. It’s freezing where they live.

He waits for an opening in the stream of people, cuts between the souvenir shops and kiosks, quickening his pace. Up a short flight of stairs to the turnstile for the Shinkansen high-speed bullet train. As he passes through the automated ticketing gate he tenses, wondering if it will somehow detect the handgun in his coat pocket, slam shut while security swarms around him, but nothing happens. He slows and looks up at the monitor, checking the platform for his train, the Hayate. There’s a uniformed police officer standing guard, but the cop doesn’t seem to be paying him any attention.

A kid with a backpack brushes by, looks to be eight or nine years old. Kimura thinks of Wataru, and his chest tightens. He pictures his beautiful boy, lying unconscious and unresponsive in a hospital bed. Kimura’s mother had wailed out loud when she saw him. ‘Look at him, he looks like he’s just sleeping, like nothing even happened to him. He might even be hearing everything we’re saying. It’s too much.’ The thought of it makes Kimura feel scraped out from the inside.

Bastard will pay. If someone can push a six-year-old boy off the roof of a department store and still be walking around, breathing easy, then something in the world is broken. Kimura’s chest clenches again, not from sadness but from rage. He stalks towards the escalator, clutching a paper bag. I quit drinking. I can walk a straight line. My hands are steady.

The Hayate is already on the track, waiting for its turn to depart. He hustles to the train and boards the third car. According to the info he got from his former associates, his target is on the three-seater side of the fifth row in car seven. He’s going to enter from the next car and sneak up from behind. Nice and easy from behind, sharp and alert, one step and then another.

He enters the gangway. A recess with a sink is on the left, and he pauses in front of the mirror. Pulls the curtain shut on the small vanity area. Then looks at his reflection. Hair unkempt, beads of gunk in the corners of his eyes. Whiskers sticking out at odd angles, even the downy fuzz on his face seems coarse. Ragged and raw. It isn’t easy to see himself this way. He washes his hands, rubbing them under the water until the automatic stream cuts off. Fingers trembling. It’s not the booze, just nerves, he tells himself.

He hasn’t fired his gun since Wataru was born. He only even touched it when he was packing his things for the move. Now he’s glad he didn’t throw it out. A gun comes in handy when you want to put a little fear into some punk: when you need to show some asshole that they are way out of line.

The face in the mirror twists. Cracks split the glass, the surface bulges and warps, the face curls into a sneer. ‘What’s done is done,’ it says. ‘You gonna be able to pull the trigger? You’re just a drunk, couldn’t even protect your boy.’

‘I gave up drinking.’

‘Your boy’s in the hospital.’

‘I’m gonna get the bastard.’

‘But are you gonna be able to forgive him?’

The bubble of emotion in his head is no longer making sense, and it bursts. He reaches into the pocket of his black tracksuit jacket and draws out the gun, then pulls a narrow cylinder from the paper bag. He fits it to the muzzle, twists it into place. It won’t completely eliminate noise from the shot, but on a little .22 like this one it’ll muffle it down to a tiny thunk, lighter than a pellet from a toy gun.

He looks in the mirror once more, nods, then puts the gun in the paper bag and steps away from the sink.

A female car attendant is prepping the snack trolley and he almost barrels into her. He’s about to snap ‘Move it’, but his eyes fall on the cans of beer in the cart and he backs off.

‘Remember, one sip and it’s all over.’ His father’s words flash through his mind. ‘Alcoholism never really goes away. One sip and you’re right back where you started.’

He enters car number four and starts up the aisle. A man seated just inside the car on his left bumps Kimura as he passes. The gun is safely tucked away in the bag, but it’s longer than usual due to the silencer, and it catches on the man’s leg. Kimura hastily hugs the bag towards himself.

His nerves spike and he feels a violent surge. He whips towards the man – nice-guy face, glasses with black frames – who bobs his head meekly and apologises. Kimura clicks his tongue and turns away, about to move on, when the nice guy pipes up. ‘Hey, your bag is torn.’ Kimura pauses and looks. It’s true, there’s a hole ripped in the bag, but nothing sticking out that could be obviously identified as a gun.

‘Mind your own business,’ he growls as he steps away.

He exits car four, and moves quickly through cars five and six.

One time Wataru had asked, ‘How come on the Shinkansen car one is at the back?’ Poor Wataru.

Kimura’s mother had answered, ‘Whichever car is closest to Tokyo is car number one.’

‘The closest car to Tokyo is car one, the next is car two. So when we take the train to where Daddy grew up, car one is in the back, but when we go back to Tokyo car number one is up front.’

‘When the Shinkansen’s heading to Tokyo they say it’s going up, and trains heading away from Tokyo are going down,’ Kimura’s father had added. ‘It’s always about Tokyo.’

‘Granny and Grandpa, you always come up to us!’

‘But you don’t do it, the Shinkansen does!’

Kimura’s father had looked at him then. ‘Wataru’s adorable. Hard to believe he’s yours.’

His parents ignored his sulky remark, chattering away happily. ‘The good stuff must have skipped a generation!’

He enters car seven. On the left side of the aisle are rows of two seats and on the right side are rows of three, all facing forward, backs of the seats to him. He puts his hand in the bag, closes it around the gun, then takes a step in, once, twice, counting the rows.

There are more empty seats than he had expected, just a sprinkling of passengers here and there. In the fifth row, by the window, he sees the back of a teenager’s head. The kid stretches out, white-collared shirt under a blazer. Clean cut, like an honours student. He turns to stare out the window, dreamily watching other Shinkansen pull into the station.

Kimura draws closer. One row away he’s seized with a moment’s hesitation – Am I really gonna hurt this kid? He looks so innocent? Narrow shoulders, delicate frame. Looking for all the world like a schoolboy quietly excited about a solo trip on the Shinkansen. The knot of aggression and determination inside Kimura loosens ever so slightly.

Then sparks burst in front of him.

At first he thinks the train’s electrical system is malfunctioning. But it’s his own nervous system, gone haywire for a split second, first sparks and then blackness. The teenager by the window had whirled round and pressed something into Kimura’s thigh, like an oversized TV remote. By the time Kimura realises it’s the same sort of home-made stun gun those schoolkids had used before, he’s paralysed, every hair on his body bristling.

Next thing he knows he’s opening his eyes, seated by the window. Hands bound in front of him. Ankles too, wrapped in bands of sturdy fabric and duct tape. He can bend his arms and legs, but his body isn’t going anywhere.

‘You really are stupid, Mr Kimura. I can’t believe you’d be so predictable. You’re like a robot following its programming. I knew you’d come for me here, and I know exactly what you came to do.’ The kid is sitting right next to him, talking brightly. Something about the double-folded eyelids and the well-proportioned nose looks almost feminine.

This kid had pushed Kimura’s son off the roof of a department store, laughing while he did it. He might only be a teenager but he speaks with the self-assurance of someone who’s lived several lives. ‘I’m still surprised that everything went so smoothly. Life really is too easy. Not for you though, sorry to say. And after you gave up your precious booze, and got yourself all worked up for this!’

Five assassins find themselves on a bullet train from Tokyo competing for a suitcase full of money. Who will get to the last station alive? An original and propulsive thriller from a Japanese bestseller. 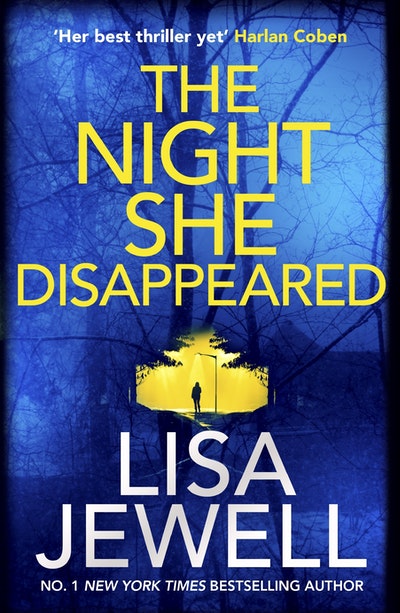 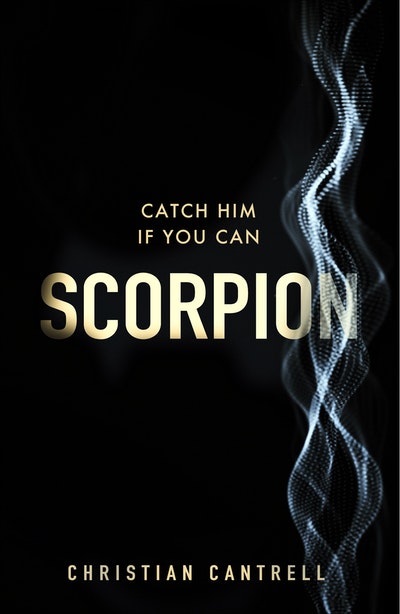 Henrietta Yi and her team have been underground for three days. 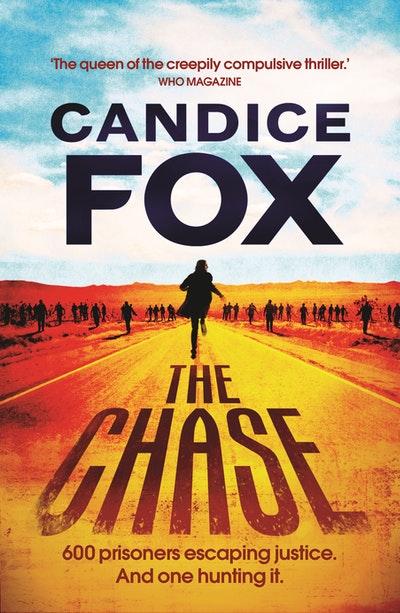 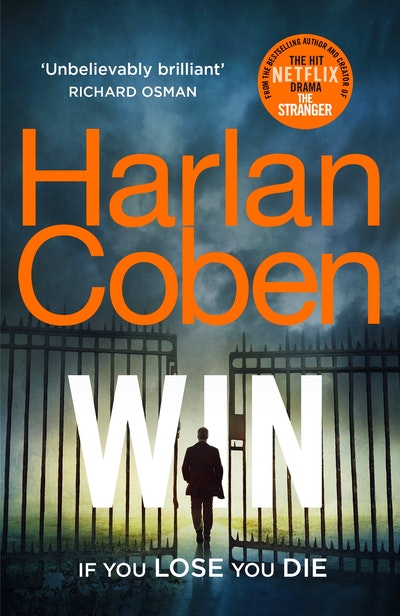 CINDY THOMAS FOLLOWED Robert Barnett’s assistant down the long corridor at the law firm of Barnett and Associates in Washington, DC.