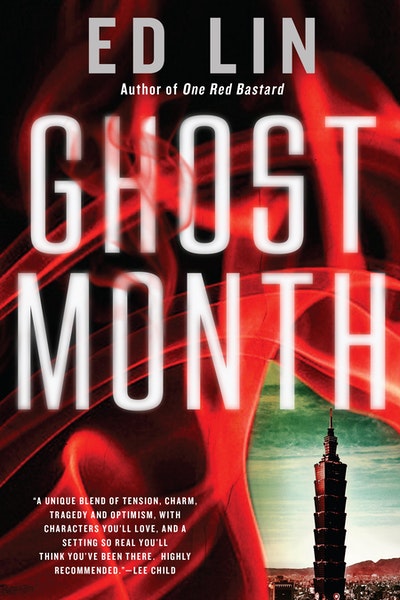 Welcome to Unknown Pleasures, a food stand in Taipei's night market named after a Joy Division album, and also the location for a big-hearted new mystery set in the often undocumented Taiwan.

August is Ghost Month in Taiwan—a time to commemorate the dead: burn incense, visit shrines, honor ancestors, and avoid unlucky situations, large purchases, and bodies of water. Jing-nan, a young man who runs a food stand in a bustling Taipei night market, doesn't consider himself superstitious, but this August is going to haunt him no matter what he does. He is shocked to the core when he learns his ex-girlfriend from high school has been murdered. She was found scantily clad and shot on the side of a highway where she was selling betel nuts to passing truck drivers. Beyond his harrowing grief for his lost love, Jing-nan is confused by the news. "Betel nut beauties" are usually women in the most desperate of circumstances; the job is almost as taboo as prostitution. But Julia Huang had been the valedictorian of their high school, and the last time Jing-nan spoke to her she was enrolled in NYU's honor program, far away in New York. The facts don't add up. Julia's parents don't think so, either, and the police seem to have closed the case without asking any questions. The Huangs beg Jing-nan to do some investigating on his own—reconnect with old classmates, see if he can learn anything about Julia's life that she might have kept from them. Reluctantly, he agrees, for Julia's sake. But nothing can prepare him for what he learns, or how it will change his life. 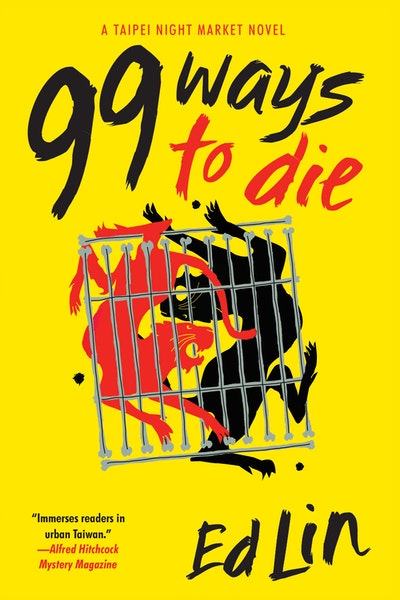 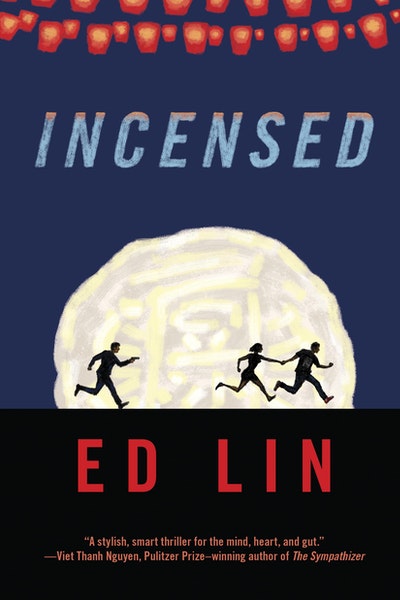 Praise for Ghost Month A LibraryJournal Best Book of 2014 "A sidewalk noodle shop in Taipei’s Shilin Night Market during summer’s Ghost Month is the vivid backdrop for Ed Lin’s Ghost Month...The plot twists come fast and furious as the story reaches its climax. Come for the exotic food and fascinating setting; stay for the characters." —The Boston Globe "As in the crime novels of one of his literary mentors, Raymond Chandler, Lin's prose is frequently image-laden. Ghost Month is also an excellent introduction to Taipei's food culture—readers are likely to head to the nearest noodle shop after they're finished the book." —South China Morning Post “Cover’s Taiwan’s complicated political identity and relationship with mainland China, all during one of the most remarkable times of the year: ghost month.” —To the Best of Our Knowledge  "Lin vividly describes the open-air night market where Jing-nan works. He also explains the knotty relationship between business, cops and gangsters without passing judgment." —San Antonio Express-News "It wouldn’t be an Ed Lin book if there weren’t also humor in the story. Lin uses descriptions of Jing-nan’s funny and endearing relationships with his two food stall employees, Dwayne and Frankie, and his encounters with eccentric Shilin Market workers to balance Jing-nan’s sad and lonely search for who Julia was... a book with a great sense of place, a good story, interesting characters, and a tender heart." —Murder By The Book, Starred Review "I would imagine most readers, like me, are not that familiar with Taiwan but Ed Lin will rectify that situation... As an armchair traveler I found this a fascinating journey." —The Register-Pajaronian "A rich and fascinating account of an unfamiliar world." —Reviewing the Evidence "Depicts the prevailing culture of this vibrant international city, and hones in on key elements of social behavior, language and mores. Ghost Month is superbly written and provides plenty of conversational fodder making it an ideal selection for book clubs." —BookBrowse "Taiwan’s traditions play a major role in Lin’s category-defying thriller that manages to be both funny and profound. Lin writes with strong literary overtones and delivers a bang-up finale sure to keep readers engaged well past lights out." —Library Journal, Starred Review "For a guy who scoffs at the ghosts revered by so many of his fellow Taiwanese, droll everyman Jing-nan, a night-market food stall manager, ironically finds himself spending much of his time chasing one as he investigates the murder of his childhood sweetheart, Julia Huang, in this darkly comic thriller from Lin." —Publishers Weekly, Starred Review "Offers full-sensory descriptions of Taipei’s night market that are perfect for armchair travelers, especially if they like their vacations spiced up with odd companions and exotic Mob violence." —Booklist "The teeming Taipei setting and the tormented hero combine to create a furious energy that transcends a whodunit plot." —Kirkus Reviews "A unique blend of tension, charm, tragedy and optimism, with characters you'll love, and a setting so real you'll think you've been there.  Highly recommended." —Lee Child "Hold on for a breathtaking, multi-cultural ride. With some good luck and a few well-placed joss sticks, you just might survive." —Martin Limón, author of Nightmare Range "Hopefully this unique protagonist will reappear in a sequel further exploring the exuberant setting of the night market of Taipei." —Stop, You're Killing Me Praise for Ed Lin "Lin is an astonishing talent." —Junot Díaz "Lin's unsentimental, purely realist--not naturalist, not socialist, not postmodernist—novel raises hopes that American fiction may yet grow up." —Booklist (Starred Review for Waylaid) "Ed Lin is a new writer, but he has the eye and wit of a pro. Waylaid will make you laugh and cringe." —Playboy (for Waylaid) "Paints a convincing picture of Manhattan's Chinatown. Readers interested in the integration of Asian-Americans into American society, as well as those who like gritty procedurals, will be well rewarded." —Publishers Weekly (Starred Review for Snakes Can't Run) From the Hardcover edition.