Sir Arthur Evans and the Minoans

The definitive biography of the legendary archaeologist and discoverer of Knossos.

At the turn of the century, the British archaeologist Sir Arthur Evans claimed that he had discovered the labyrinth constructed by Daedalus at Knossos - the lair of the Minotaur. This is the first biography of this flamboyant, strong-headed and immensely influential man, written by scholar with unparalleled expertise in the archaeology of Crete.When Evans went to Greece after a mediocre career as a journalist in the Balkans, Heinrich Schliemann had recently uncovered what he claimed were Troy and Mycenae, the famed cities of Homer's Iliad and Odyssey. Similarly Evans wanted to verify the factual basis for the myths that meant most to him, and he found just what he was looking for in Crete.In a radical departure from the common view that archaeologists simply uncover what they find and then work out what the artefacts mean, Professor MacGillivray shows that Evans in fact anticipated what he found, having decided before he began his excavations at Knossos what his discoveries would mean. Evans's Minoans were perfect Victorians: a peaceful, literate, aesthetic and just society where wise men held political office and powerful women ruled the people's hearts. Though MacGillivray makes clear that Knossos was not simply a lucky find, he also shows Evans as a heroic, larger-than-life figure struggling with themes concerning the origins of civilization that we still regard as vital. 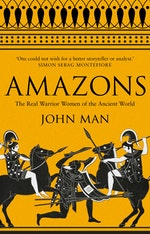