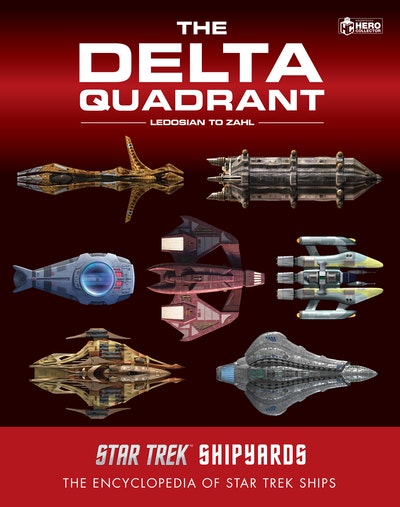 Profiling more than 50 ships that Voyager encountered in the Delta Quadrant, this is the 2nd of two volumes that profile the ships from STAR TREK: VOYAGER.

Featuring the Lokirrim Warship, the Species 8472 Bioship, and the Vidiian Warships, and many more. Including technical overviews and operational histories, the ships are illustrated with CG artwork, created using the original VFX models made for the STAR TREK: VOYAGER TV series.

With previously unseen artwork, the two official volumes form the most comprehensive account of ships from STAR TREK: VOYAGER ever produced.

Be sure to also look for Volume 1, The Borg and Delta Quadrant: Akritirian to Krenim, which features the ships of the Borg, and includes the Borg Cube and Borg Sphere, Borg Queen's Ship, the Renegade Borg Vessel and the Borg Tactical Cube, in addition to thirty-five ships of the Delta Quadrant species.

From the inside flap: This companion volume to THE BORG AND DELTA QUADRANT: Akritirian to Krenim, features alien ships from Ledosian to Zahl. These warp-capable vessels, operated in official capacities, as warships, or by individuals, are illustrated with CG artwork, many with orthographic views and imagery from STAR TREK: VOYAGER. A full ships’ listing provides an index to the ships of the Delta Quadrant and the episodes in which they appear. STAR TREK SHIPYARDS is a series of lavishly illustrated books that provides in-universe profiles of STAR TREK ships, building into the ultimate illustrated encyclopedia of STAR TREK vessels. Each ship is profiled with technical information, operational history, and plan view CG renders – wherever possible using the original VFX models that were used on the TV shows and movies. 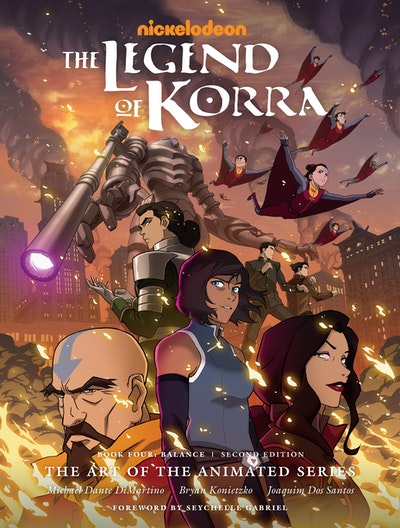