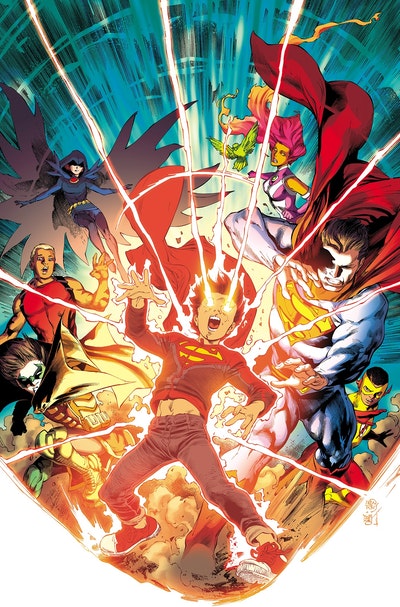 The crossover event between Superman, the Super Sons and the Teen Titans is here!

Jonathan Kent isn't a Teen Titan. He's just a kid, and one of the most powerful beings on the planet. But what if he has the potential to hurt people without even meaning to?

That's exactly what Tim Drake says will happen. But this isn't the Tim Drake of today -- this is the Batman of Tomorrow, and he's traveled through time to kill Superboy. He tells the Teen Titans that if he succeeds in killing Superboy, he will save the millions of people that Superboy will kill in the future.

The Teen Titans have split in half over how to handle Superboy and don't know whether to trust him or Drake. So, Superboy's closest friend, Damian Wayne--the current Robin and leader of the Teen Titans--has Jon on the run from Drake ... and from his own team.

Now, Earth's most powerful teenagers are fighting against each other, with one angry Kryptonian father caught in the middle. If the Teen Titans aren't careful, they just might cause the very catastrophe that Tim Drake traveled back in time to prevent! 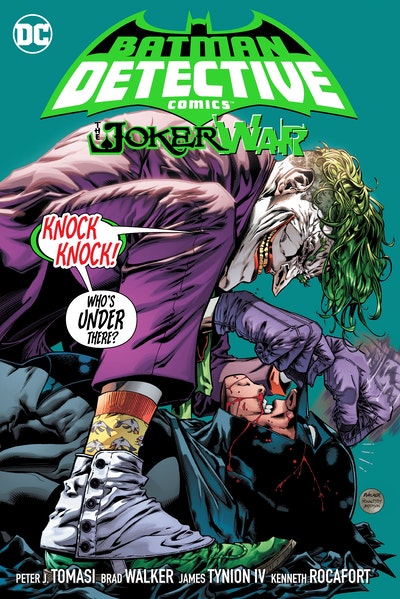 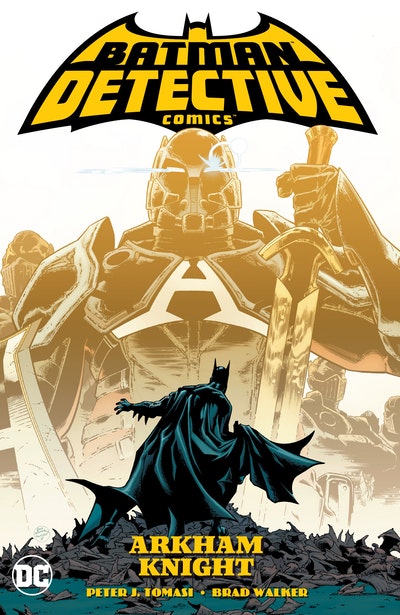 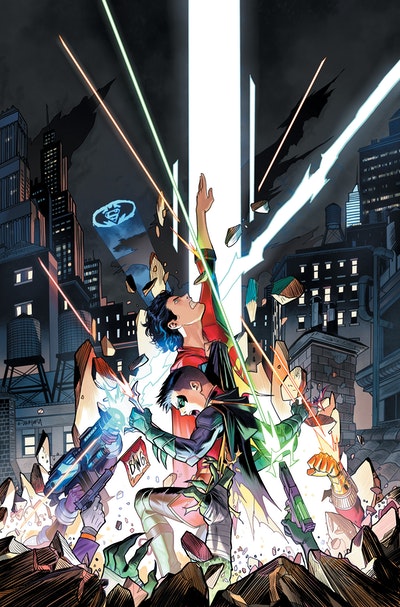 Praise for Super Sons Of Tomorrow

Praise for SUPER SONS: "Readers looking for a thrilling all-ages titles should definitely check out SUPER SONS." --A.V. Club "Everything about SUPER SONS is a treat... a true showcase for just how much fun a superhero comic book can be. Big, bold, and hilarious, SUPER SONS is consistently fantastic." --Nerdist "Retains much of the charm that makes Superman such a joy to read, but with the added fun of the Damian/Jon dynamic to spice things up." --IGN "DC's Rebirth has been built on hope and optimism and nowhere is that more evident than in titles like SUPER SONS." --Newsarama "SUPER SONS has the makings of an unbridled and fun comic without forsaking the core of the cape genre." --Comicosity 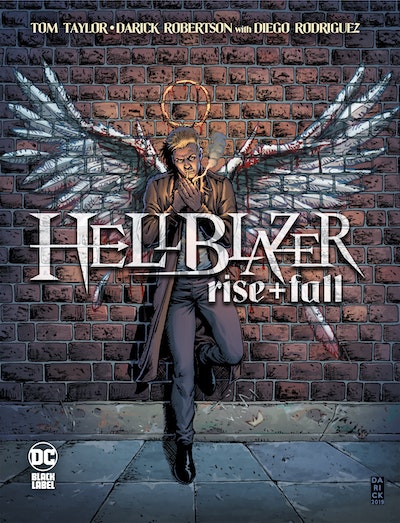