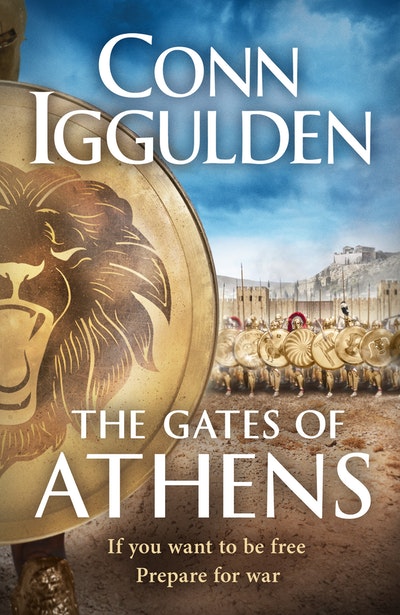 Book One of Athenian

Two and a half thousand years ago, the Greeks and the Persians fought an epic battle to decide the future of our world. This is their story.

The momentous struggle between Athens and Sparta as rival powers and political systems will last for twenty-seven years (431 to 404 BC). It will end in the fall of a dynasty.

Filled with cunning political scheming, astonishing military prowess, invasions, treacheries, plagues, ambitions, virtues, and emotions and a lot of intrigue, Conn Iggulden brings to life one of the most thrilling chapters of the ancient world.

Conn Iggulden is one of the most successful authors of historical fiction writing today. Stormbird is the first book in his brilliant new series set during the Wars of the Roses, an extraordinary period of British history. His previous two series, on Julius Caesar and on the Mongul Khans of Central Asia, describe the founding of the greatest empires of their day and were number one bestsellers. Conn Iggulden lives in Hertfordshire with his wife and children.conniggulden.com