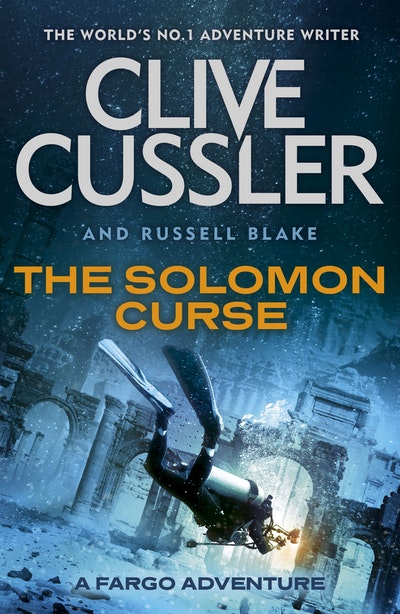 With all the blockbuster pace and widescreen adventure that Clive Cussler has made his own,The Solomon Curse is another masterclass in adventure form a thriller writer without equal.

There are many rumors about the bay off Guadalcanal in the Solomon Islands. Some say it was the site of the lost empire of the Solomon king and that great treasure lies beneath the waters. Others say that terrible things happened there, atrocities and disappearances at the hands of cannibal giants. Those who venture there do not return. It is cursed.

Which is exactly what attracts the attention of husband-and-wife treasure-hunting team Sam and Remi Fargo. How could they resist? Clues and whispers lead them on a hunt form the Solomons to Australia to Japan, what they find at the end of the trail is both wonderful and monstrous - and like nothing they have ever seen before. With all the blockbuster pace and widescreen adventure that Clive Cussler has made his own, The Solomon Curse is another masterclass in adventure form a thriller writer without equal.

Russell Blake is the author of twenty-nine acclaimed thrillers, including the Assassin, JET, and BLACK series. He lives on the Pacific coast of Mexico.