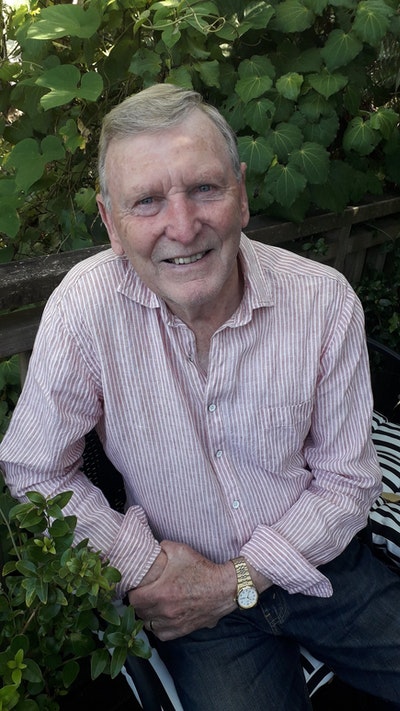 Funeral in the Rain

So it is impossible to resist the screenwriters’

ubiquitous cliché, better to place an arm about

its shoulder and guide the scene through the oh

so familiar props. Black-clad mourners beneath

slowing among the trees and graves. Harsh

crow chorus that drowns out the ashes-to-ashes

priestly monologue, and we note the widow’s

stern, constrained colleagues with collars up

Then, at some remove, on misted, higher ground

with tombstones, the solitary woman, austerely

beautiful despite her grief, bowed as a question

daughter, even avenger perhaps, who turns before

the service ends, and takes all eyes with her as

she walks through the rain and the crows’ mockery

to the stone gates, and then farther in to the plot.

then I went to Cheviot to spend a summer

working for a trucking firm. Mainly it was

carting hay, and over weeks my townie hands

hardened beneath the gloves, the accustomed

focus of my eyes lengthened to the hills again.

On the day I finished there was a flight of thistle

down as we sprawled beneath some cockie’s

multitudes as a ceaseless shoal of baby jellyfish

against the blue sea sky, or the lightest, trembling

foam baulked along a hedge. Even the boss lifted

a brown arm to snatch. ‘Bloody thistles,’ he said.

‘It’s always the useless things that spread the best.’

In old age Dad took us back to the Wekaweka

to find the whare site of childhood on that

and camp oven, he told us. Nothing remained

except the creek which gave him his bearings

and he ranged through the wet undergrowth until

into as a boy. How urgent he was to uncover

the evidence of seventy years before, putting

his little finger in the holes as if he were

the doubting Thomas of whom he often preached.

sponged beneath our feet. A rain mist draped

about the shoulders of the hills on which the

kauri massed. It was a home-coming place in

which my father greeted himself, wearing his

back to capture boyhood’s elusive image. On that

steep farm, reverted now to nature, he had lain

nightly to dream a future and listen to kiwis

and moreporks talk through the walls to him.

Maybe he hears them now again in that endless

lying calm in the knowledge of our love.

© Owen Marshall, from View from the South, published August 2018 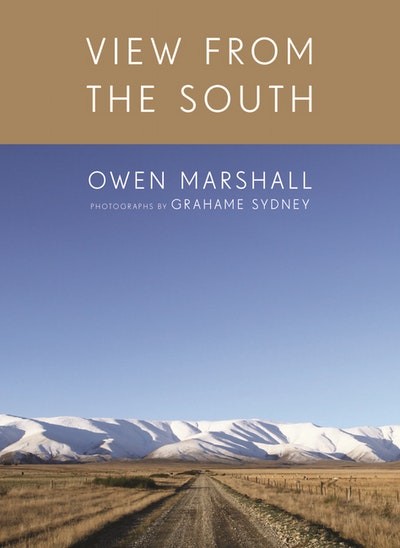 View from the South Owen Marshall

'His poetry is bright, confident and compelling. ' - Otago Daily Times

A poem from View from the South.

Find discussion questions to get you thinking about Owen Marshall's book Return to Harikoa Bay in this book club guide.