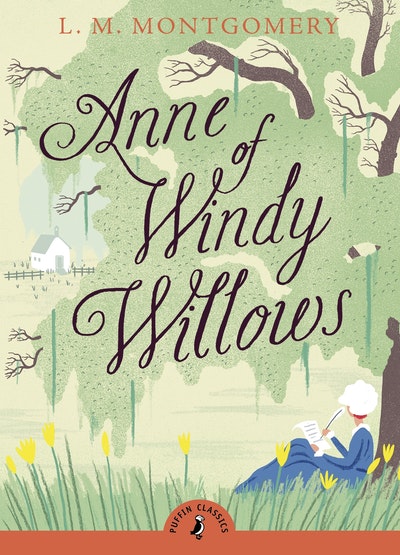 The fourth book about the red-haired Anne Shirley from Green Gables.

Now a young woman and her romance with Gilbert Blythe beginning to flourish, Anne Shirley becomes Principal of Summerside High School. But Summerside is virtually ruled by the Pringle family, who don't want Anne at the school. It takes all of Anne's courage and tact, and the comfort she draws from the eccentric household at Windy Willows, to overcome local prejudice and confront the dreaded Pringles.

Lucy Maude Montgomery (1874 - 1942) was born on Prince Edward Island, off the east coast of Canada. She spent her childhood there, living with her grandparents after her mother's death when she was only two. Many scenes in Anne of Green Gables are drawn from her happy memories of the island and the farmhouse where she was brought up. She was an avid reader and was always writing poems and short stories. Her first published work, a poem, appeared in the local paper when she was just fifteen. After school and university she became a teacher, always continuing with her writing.
When she was asked to contribute a short story to a magazine, she dusted off an idea for a plot she had jotted down when she was much younger, and turned it into Anne of Green Gables, one of the most popular books ever written. Lucy said about the book:
'I thought girls in their teens might like it. But grandparents, school and college boys, old pioneers in the Australian bush, girls in India, missionaries in China, monks in remote monasteries, premiers of Great Britain, and red-headed people all over the world have written to me, telling me how they loved Anne and her successors.'Lucy married a Presbyterian minister in 1911 and moved with him to Toronto. She continued to set her stories on 'the only island there is' and where her heart always remained.