Set in 1944 Chicago, Edgar Award-winner Naomi Hirahara’s eye-opening and poignant new mystery, the story of a young woman searching for the truth about her revered older sister's death, brings to focus the struggles of one Japanese American family released from mass incarceration at Manzanar during World War II.

Chicago, 1944: Twenty-year-old Aki Ito and her parents have just been released from Manzanar, where they have been detained by the US government since the aftermath of Pearl Harbor, together with thousands of other Japanese Americans. The life in California the Itos were forced to leave behind is gone; instead, they are being resettled two thousand miles away in Chicago, where Aki’s older sister, Rose, was sent months earlier and moved to the new Japanese American neighborhood near Clark and Division streets. But on the eve of the Ito family’s reunion, Rose is killed by a subway train.

Aki, who worshipped her sister, is stunned. Officials are ruling Rose’s death a suicide. Aki cannot believe her perfect, polished, and optimistic sister would end her life. Her instinct tells her there is much more to the story, and she knows she is the only person who could ever learn the truth.

NAOMI HIRAHARA is a freelance writer and journalist who served for several years as an editor of The Rafu Shimpo, the largest Japanese American daily newspaper. She is the author of two previous Mas Arai mysteries, Gasa-Gasa Girl and Summer of the Big Bachi, named one of "The Ten Best Mysteries and Thrillers of 2004" by the Chicago Tribune and a Publishers Weekly "Best Books of 2004" pick. 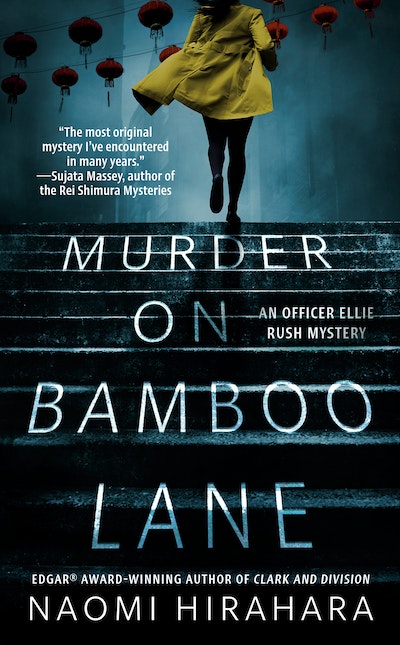 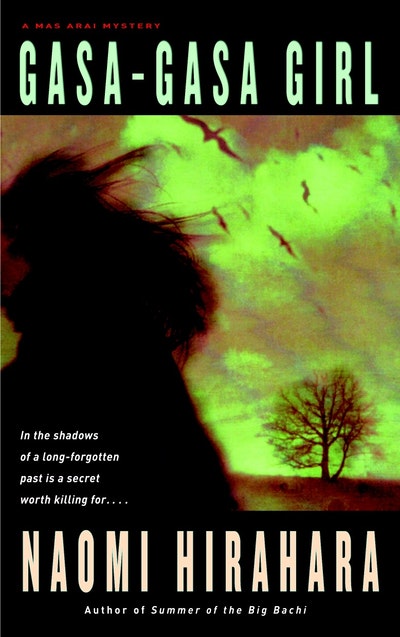 Praise for Clark and Division

Praise for Clark and Division “Clark and Division is a moving, eye-opening depiction of life after Manzanar. Naomi Hirahara has infused her mystery with a deep humanity, unearthing a piece of buried American history.” —George Takei “A beautifully written novel. A telling and touching story that echoes across the decades. Naomi Hirahara uses the past to inspire us to be relentless in doing the right thing, right now.” —Michael Connelly, bestselling author of the Harry Bosch series “Naomi Hirahara’s Clark and Division opened my heart and mind to specifics of the experience of Japanese Americans during the Second World War. Rich in period detail, it is page-turning historical fiction, a tender family story, and a mystery that plays on two levels: What happened to Rose Ito? and At what cost are Japanese Americans finally seen as full Americans? It’s a story that moved me deeply.” —Attica Locke, New York Times best-selling author of Heaven, My Home “Part historical fiction, part thriller, all a deeply moving family story, set in 1944 Chicago against the backdrop of the shameful treatment of Japanese Americans by the US government. Hirahara’s gifted writing is a master class in how to bring a historical epoch to life.” —Sara Paretsky, bestselling author of the Chicago detective VI Warshawski series “Clark and Division does what crime novels do best: It uses a wonderfully wrought, ticking time-bomb of a story to illuminate a larger social issue, in this case the incarceration and resettlement of tens of thousands of Japanese Americans during World War II. A jewel of a novel. Buy it, read it, enjoy it.” —Michael Harvey, author of The Chicago Way “Clark and Division is a heart-stopping crime novel woven inextricably into another, much larger atrocity: the treatment of Japanese-Americans during World War II. The story of Aki Ito and her family, newly released from Manzanar, transports us to an often ignored moment in our own history, while holding a mirror to the present day. In this immersive and resonant tale, Naomi Hirahara has given us the very best of what we hope for from historical crime fiction: a novel that is both intensely researched and deeply felt. It is the story of a crime—many crimes—but it is also the story of a young woman's courage and triumphant spirit. Aki Ito is the kind of heroine that belongs not just to the past, but to every generation. We see ourselves in her tenacity, her sense of justice, and her love for her family.” —Amy Stewart, New York Times bestselling author of the Kopp sisters novels “Like no other work before, Clark and Division captures the day-to-day uncertainty of the post concentration camp Nisei world, where poverty, racism, and squalid living conditions co-exist with freedom, excitement, and dreams for a better future in wartime Chicago. Only Naomi Hirahara can mix a portrayal of a people in transition that feels authentic down to the smallest detail with an engrossing mystery filled with unexpected twists. Whether you are already a fan or are about to become one, this is not to be missed!” —Brian Niiya, editor of the Densho Encyclopedia and Encyclopedia of Japanese American History Praise for Naomi Hirahara   "Hirahara's well-plotted, wholesome whodunit offers a unique look at L.A.'s Japanese-American community, with enough twists and local flavor to keep you guessing till the end." —Entertainment Weekly  “A brilliant, unique addition to mystery fiction, [Mas Arai]  has straddled time, place, and c