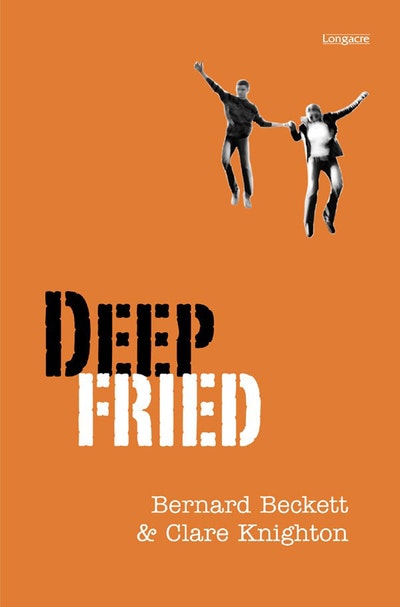 Two teens dare to take on a multi-national corporation in this YA thriller novel by award-winning writer Bernard Beckett.

Two teens dare to take on a multi-national corporation in this YA thriller novel by award-winning writer Bernard Beckett.

Deep Fried is a fascinating mixture of intrigue, psychological thriller and rebel-of-the-moment youth culture. Peter and Charlotte are itchy, bored by life. They decide through a chance happening to take on a corporate giant (a very large corporate giant cleverly disguised as the Prince of Burgers). Using the media and the internet, they quickly gather quite a following. However, the corporate giant fights back using some very slick enticements and snares to really test the ethical and moral fortitude of our hero and his catwoman.

The pitfalls and seductions of the internet are nicely drawn, there's some rather obsessive stalker behaviour, not to mention chat rooms and hackers, lots of suspense and a great thriller ending.

Politically savvy, fast-paced and compelling Deep Fried tests the temperature of the disenchanted. A standout novel featuring the debut of Clare Knighton along with veteran writer for teens, Bernard Beckett.