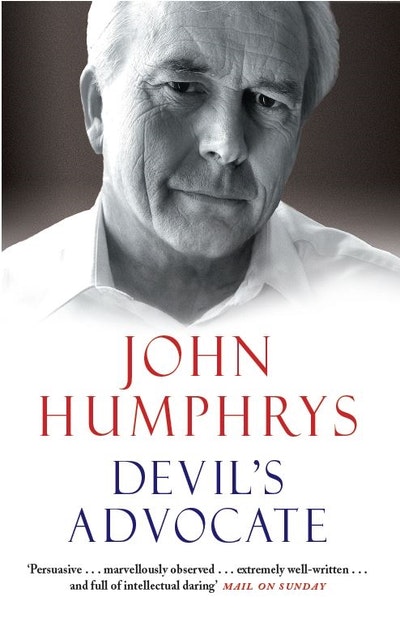 In Devil's Advocate, John Humphrys uses his experience to set in context the changes that have overtaken Britain during those forty years. He debates the issues that he believes should concern us all. He challenges our changing social and moral values and questions the direction society is taking. We are much better off than we have ever been, but Humphrys senses a deep unease. Instead of a world in which there were many different influences telling us what life was all about, and what living a good life might involve, we now have a single voice that threatens to drown out all the others. That voice is consumer populism. Its strength derives from the increasing commercialisation of our lives and a media, which is itself under greater and greater commercial pressures. Some of the effects include a coarsening of the fabric of daily life and a growing thoughtlessness and even hysteria in public debate. Our children are losing their innocence at an ever-earlier age and, though we worry about it, we seem impotent in the face of it. Humphrys asks whether, if we had been able to choose our destinat

John Humphrys started as a cub reporter on a tiny weekly newspaper and, forty years later, has become one of the most respected and controversial broadcasters of his generation.

One of the most brilliant journalists in the country

Peerless reporting ... sharp and instructive ... wonderfully acidic about people when he thinks they deserve it

Playing devil's advocate is the function he performs better than anyone else anywhere ... an excellent and amusing read

Written from the battlefield ... Humphrys has written an important book