How to be a Bad Muslim

Funny, elegiac and chilling, these essays from award-winning New Zealand writer Mohamed Hassan blend storytelling, memoir and non-fiction to map the experience of being Muslim in the C21st.

This is the breakout non-fiction book from award-winning New Zealand writer Mohamed Hassan.
From Cairo to Takapuna, Athens to Istanbul, How To Be A Bad Muslim maps the personal and public experience of being Muslim through essays on identity, Islamophobia, surveillance, migration and language.
Traversing storytelling, memoir, journalism and humour, Hassan speaks authentically and piercingly on mental health, grief and loss, while weaving memories of an Egyptian immigrant fighting childhood bullies, listening to life-saving ‘90s grunge and auditioning for vaguely-ethnic roles in a certain pirate movie franchise.
At once funny and chilling, elegiac and eye-opening, this is a must-read book from a powerfully talented writer.

Mohamed Hassan is an award-winning poet, journalist, podcaster and producer from Auckland and Cairo.
He is the author of the anthology National Anthem (Dead Bird Books, 2020), which was shortlisted for the Ockham NZ Book Awards in 2020, and was the 2015 NZ National Slam Champion.
His poems have been shared widely online, and are taught in hundreds of schools internationally. He has toured his work across New Zealand, Australia, the US and UK, at TEDx and at the Cheltenham Literature Festival, and he represented NZ at the Individual World Poetry Slam in 2016.
Hassan was nominated for an Online Media Award in 2018 for his work covering the Israel/Palestine conflict, and his RNZ podcast Public Enemy was awarded the Gold Trophy at the 2017 New York Festivals Radio Awards. 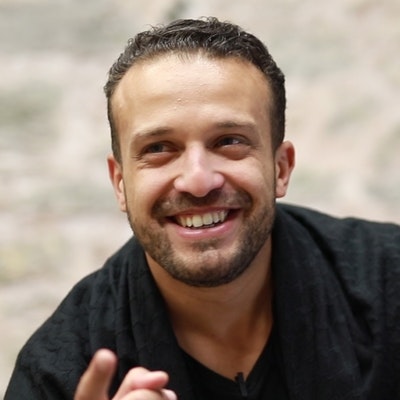