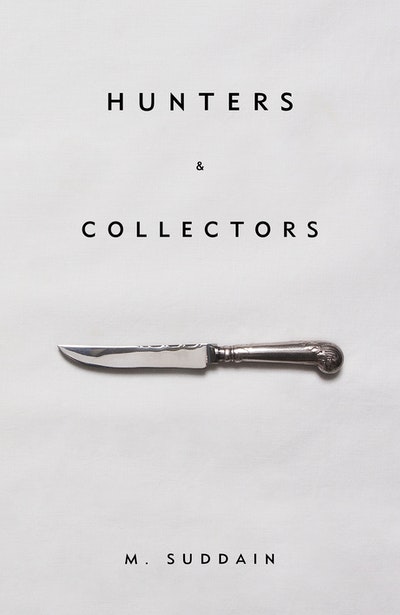 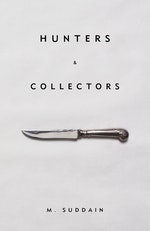 The universe’s most feared restaurant critic is on the hunt for the greatest meal of his life – a novel which reads like Vonnegut directing Grand Budapest Hotel, in space

John Tamberlain is The Tomahawk, the universe’s most feared food critic – though he himself prefers the term ‘forensic gastronomer’. He’s on a quest, in search of the much-storied Hotel Grand Skies, a secretive and exclusive haven where the rich and famous retreat to bask in perfect seclusion. A place where the waiters know their fish knife from their butter knife, their carotid from their subclavian artery, and are trained to enforce the house rules with brutal efficiency.

Blurring the lines between detective story, horror and sci-fi, Hunters & Collectors is a mesmeric trip into the singular imagination of M. Suddain – a freewheeling talent whose poise, invention and sensational sentences have already earned him comparisons to Vonnegut, Pynchon and Douglas Adams.

M. Suddain was born on a farm in New Zealand. When he was eight, he wrote a novella called Between & Beyond, about an explorer who travels between universes. After becoming a successful journalist and satirist he moved to London in 2008, where he wrote a radically expanded version of Between & Beyond. It was renamed Theatre of the Gods and published by Jonathan Cape in 2013. Hunters & Collectors is his second novel. 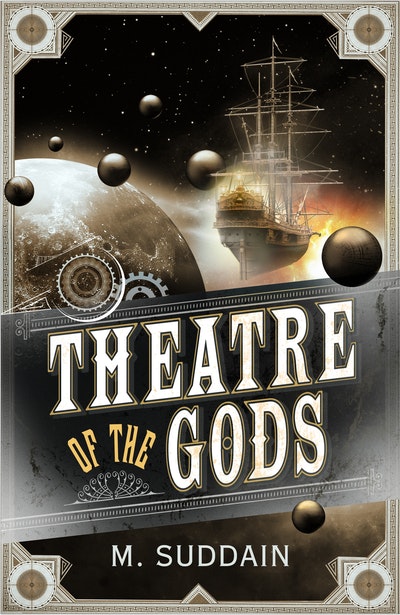 “On the one hand, it’s a galaxy-spanning space opera with intrigue, adventure and fascinating tech extrapolations. On the other, it’s a hilarious, almost Nabokovian account of a food critic’s gastronomic misadventures as he conducts a tour of restaurants on dozens of far-flung planets. Suddain manages the almost impossible task of balancing cosmic scope with slapstick, intricate wordplay and dialogue at times worthy of PG Wodehouse… Hunters & Collectors is a misanthropic joy ride by a ridiculously talented writer and one of the most unusual novels of the year.”

“Aside from being packed full of stimulating ideas and smart observations, Suddain’s turn of phrase conjures an exhilarating ambience of chaos… Previous comparisons to Douglas Adams witty wordplay are entirely fitting… Suddain captures the surreal desperation of the modern world with a sharp eye.”

“On evidence of Hunters & Collectors let me make a prediction: M. Suddain…is destined for greatness.”

“It’s beautifully written, and this labyrinthine and sharply satirical novel will surely draw you in.”

Sci-Fi Now, Book of the Year