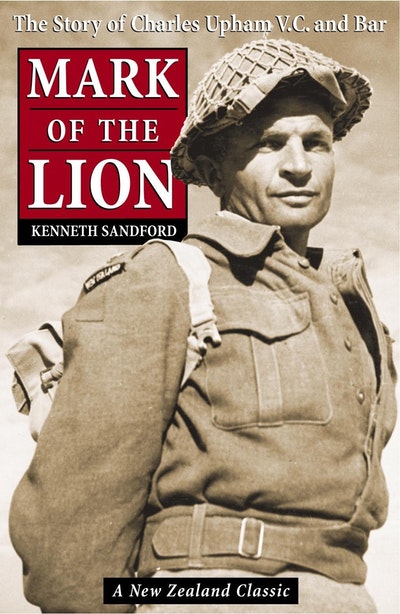 Mark of the Lion: the Story of Charles Upham VC & Bar

Charles Upham was the great New Zealand war hero. He was one of the few people in history to have won the Victoria Cross twice, setting new standards of personal heroism during World War II. A quietly spoken sheep farmer back home in Canterbury, at the front in Crete and North Africa he destroyed enemy machinegun posts single-handed and led a frontal assault on enemy guns. His exploits and individual heroism are the stuff of Kiwi legend. He then spent the rest of the war in prisoner-of-war camps, including the famous Colditz Castle, where he made life a misery for the German guards, constantly trying to escape.
This bestselling book was first published by Hutchinson in Britain in 1962 and reprinted many times. It has become a classic.
In a new Afterword written for this edition, Bruce Wallace, author of Battle of the Titans, describes Upham's life following the war until his death in 1994.
Also available as an eBook

A part-time author, Kenneth Sandford was Crown Prosecutor in Hamilton for 22 years before moving to Wellington to become the first Chairman of the Accident Compensation Corporation in 1973, which established New Zealand's unique form of no-fault accident insurance. In 1981 he returned to the Law and was awarded the Companion of the Order fo St Michael and St George for public service. Kenneth died in 2005 aged 91.