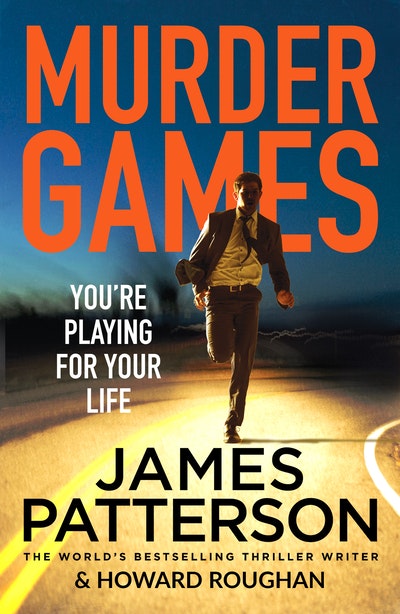 Sure, you can go around just shooting people, bang-bang, but I’ve found that guns, while sometimes the right tool for the job, often leave me unsatisfied. There’s a lack of intimacy involved when all you have to do is pull a trigger. You hear the blast and see the carnage, the way your victim’s flesh ruptures and bursts open in an instant, but you don’t really feel the same adrenaline as with other, let’s say more personal, methods of murdering someone.

Me? I like to mix things up. There are so many wonderful and creative ways to kill people, and I really feel as if I owe it to myself and my cause to make sure that I branch out and keep it interesting. And even when circumstances do call for a gun, I try to add a twist to it, a little something extra. Sundaes always look better with a cherry on top.

Still, you’d be amazed at how much satisfaction can be derived from some of the most rudimentary approaches. Stabbing someone to death, for instance. I can’t think of a more personal and intimate experience. The sound that a knife makes when piercing human skin is nothing short of intoxicating. You can’t help yourself sometimes. You want to hear it over and over and over.

Of course, repeatedly stabbing someone to death isn’t without a downside or two. For instance, it tends to be messy. That’s why I like to wear clothes that I can simply throw away afterward. No muss, no fuss. If you want to be a real stickler for hiding evidence, though, burning the clothes would be even better.

But if you’re on a budget or partial to a particular outfit—you know, a certain shirt or comfortable pair of pants that you enjoy killing in more than others—remember that you want to treat the bloodstains as soon as possible with a strong prewash stain remover and let it soak in for a good hour or so before throwing the clothes in the Maytag. Also, I highly recommend an extra rinse cycle.

Another downside, or at least a potential one, is that stabbing a person to death requires a tad more preparation. It takes a little longer than simply aiming a gun, and it also puts a premium on the element of surprise. Even then, the first couple of stabs don’t always do the trick. Be prepared for some resistance, depending on the size and stubbornness of your victim.

Not all folks, however, will put up a fight. We assume that people have a tremendous will to live, but it’s amazing how quickly some of them will resign themselves to their fate, especially when it comes to dying in a massive pool of their own blood.

That about covers it for my first entry. If you have any questions, I’m afraid you’re on your own. It’s not like I have an 800 number or an e-mail address I can give out. For obvious reasons, too, I can’t tell you my real name. But lately people have taken to calling me the Dealer, which I happen to like, so I’ve taken to it as well. There’s a nice ring to it. The Dealer. Clean. Authoritative. Quite proprietary, too, given my methods. I’d trademark it if I could.

I mean, the best serial killers, the ones whom people tend to remember, always manage to have a good moniker, the kind of nickname that seems to suit them perfectly. Otherwise, what’s the point? The shrinks will tell you that guys like me are first and foremost narcissists, but if that means taking pride in your craft and planning each and every murder with meticulous care, then I suppose there are worse things to be called.

Honestly, I’m just giving you all what you want. A little razzle-dazzle, an escape from your dreary lives. What else are you going to talk about while sipping your four-dollar coffees and acting superior to the rest of the world?

You want me. You need me. And in time, you’ll all discover that I’m doing you nothing less than a huge favor. Trust me.

Now, if you don’t mind, there’s someone else I really need to kill.

The lecture hall hushed to a pin-drop silence the moment I walked in, every conversation stopping on a dime, every pair of eyes homing in on me, watching my every move.

For the record, any professor who tells you that he doesn’t get off on this bit of catnip for the ego, if only a little, is completely full of crap. We all love it.

Milking the silence a few seconds longer, I took my time unloading my shoulder bag on the table next to the lectern before slowly turning to the class with the same opening speech I’ve been delivering now for years. The only thing that ever changes is that the faces staring back at me always seem to look just a little bit younger every time I give the speech.

There’s nothing like a college campus to make a thirty-four-year-old guy feel over the hill.

“Good morning, my assembled prodigies, all you former class presidents and valedictorians, type A go-getters and relentless overachievers, and hopefully only a tiny smattering of you whose mommies and daddies knew the right people on the Yale admissions committee. Welcome to Abnormal Behavioral Analysis, commonly referred to as Intro to Psychopaths or, better yet, Your Ex-Boyfriend or Girlfriend 101. My name is Professor Dylan Reinhart; that’s Dylan with a y, and, yes, my mother was a huge Bob Dylan fan. Are there any questions so far?”

Every year, someone takes the bait.

A blonde in the third row raised her hand with an easy confidence that bordered on flirtation. Clearly she hadn’t done her homework on me.

“Heather,” she answered. Heather with the come-hither smile.

“Thank you, Heather, but asking if there were any questions was a rhetorical question on my part. I haven’t begun teaching you anything yet, so there shouldn’t be anything you need to ask about,” I said. “And with that we come to the first rule of this class. Ask only what you don’t understand.”

I can be such a hard-ass sometimes.

Although I assure you it’s not without a larger purpose in mind for these students. The vast majority of them have been treated like geniuses since the third grade, and the sooner they figure out they’re not, the better. As a former patent-office clerk with crazy hair once said, “A true genius admits that he knows nothing.” That guy’s name was Einstein.

Meanwhile, poor Heather in the third row looked as if she’d just eaten a bad oyster. Don’t worry, I’ll make it up to her at some point.

I continued. “The textbook for this class is entitled Permission Theory: Redefining Abnormal Behavior, and for those of you not familiar with the author, handsome devil that he is, let it be known that he’s a bit of a narcissist who enjoys listening to the sound of his own voice almost as much as he does forcing others to listen to it.”

Most of the room laughed. Those who didn’t had their heads buried in their syllabi to see that, yes, I, Dylan Reinhart, was indeed the author of said textbook.

“This of course brings us to rule number two,” I said. “You will attend every class. Your only excuse for missing a class will be your own death or someone else’s, provided this someone else either breast-fed you, coached your Little League team, or routinely put a five-dollar bill in your childhood birthday card and signed it Love, Grandma and Grandpa.”

A student in the first row, obviously a freshman, was typing feverishly on his laptop. I remained silent until he finally looked up at me.

“What are you doing?” I asked.

He swallowed hard and glanced at his keyboard, confused. “I was . . .um. . . taking notes,” he said meekly.

“Rule number three,” I announced with a little added volume.

“You will not take notes in this class. I repeat, you will not take notes. What you will do is listen. The premise of this course is to challenge the long-standing conventional thinking about abnormal behavior, and as far as I’m concerned there’s nothing more abnormal than my lecturing to a roomful of stenographers.”

I paused, smiling. “Are there any questions?”

This time, no one raised a hand. Geniuses or not, they were all still students at Yale. They didn’t get there by learning slowly.

But before I could, a noise in the back of the room had every head turning. It was only the door opening, nothing more.

Still, there was something different about it.

Sometimes you just know the sound of trouble even before she walks into the room. 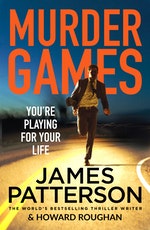