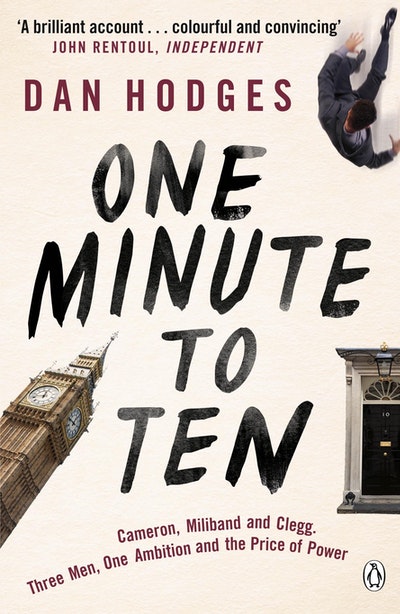 One Minute To Ten

10 PM, on the 7 May. The exit poll predicting the result of the 2015 General Election is announced.

In that instant three lives are changed for ever.

David Cameron, Ed Miliband and Nick Clegg were three very different men, from very different backgrounds. But they shared one ambition. To lead their country.

In pursuit of their dream they were forced to make sacrifices. Of their principles. Of those they loved. Of themselves.

And right up until the final moment the exit poll was released each man clung to the hope those sacrifices had not been in vain. Then the clock struck ten.

In One Minute to Ten, Dan Hodges brings to life the most dramatic general election campaign in living memory, and tells the untold story of the three men who contested it. And in doing so reveals the price paid by those who risk everything in their quest for the ultimate political prize...