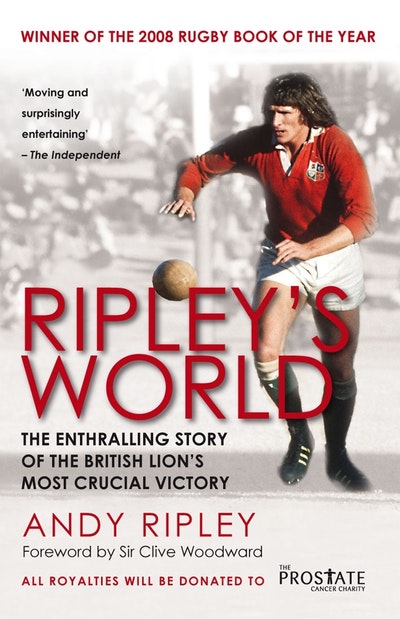 The Enthralling Story of the British Lion's Most Crucial Battle

Winner of the National Sporting Club's prestigious British Rugby Book of the Year Award for 2008, Ripley's World transforms and redefines the genre of the sports autobiography. In a moving and intimate memoir, Andy Ripley, England rugby icon and victorious British Lion, television Superstar and world rowing champion, reflects on a life of sporting achievement and confronts his most powerful and dangerous challenge yet - his diagnosis with prostate cancer. Told with typical candour and courage, it is an absorbing and inspirational story.

Andy Ripley was capped twenty-four times for the England international rugby team throughout the 1970s and was one of Willie John's invincible Lions in 1974. Thereafter a successful businessman, he held the world indoor rowing record for heavyweight men for ten years. Born in 1947 and raised in Liverpool, he had three children and lived with his wife in Surrey until his death in June 2010.

Moving and surprisingly entertaining (Book of the Week)

Ripley doesn't have taboos. He will talk about anything. Love, death, sex, God and penile dysfunction