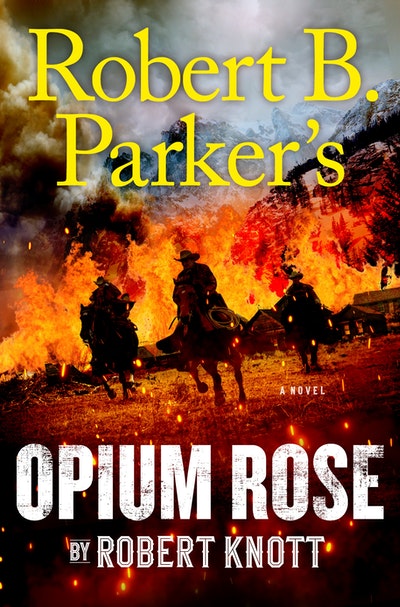 Lawmen Virgil Cole and Everett Hitch must quell a brewing showdown in the latest installment in the New York Times bestselling series.

Marshals Virgil Cole and Everett Hitch haven't seen much trouble of late. Fact is, burgeoning Appaloosa and the territory had been without incident for months. But with recent reports of village raids, coupled with the arrival of a young widow from San Francisco, the lawmen are about to be put to the test. Rose McMaster, the feisty daughter of Virgil's half-brother, ushers in a whole new unsuspected brand of trouble.

Just prior to the enactment of the Chinese Exclusion Act of 1882, Rose's husband, Frank, finds himself in hot water. He is a young and successful attorney representing a large Chinese conglomerate. But as his business problems escalate, he's found dead--an apparent suicide. But just as Rose is moving on, she receives a visit from a Chinese associate and friend of her late husband's who advises her to depart San Francisco immediately.

No sooner does Rose step off the train in Appaloosa than trouble arises. A man from her journey is found dead, putting Virgil and Everett on a path to unravel his identity and curious connection to Rose. As danger intensifies with the militia-like raiders that have a score to settle with Virgil, the two lawmen learn of Frank's involvement in a large-scale opium operation. And they soon deduce that he likely embezzled a large amount of money belonging to the Chinese, who now believe Rose holds the key to the loot's whereabouts...