10 Albums That Changed My Life

Discover the music that influenced some of the biggest stars in Music history in 10 Albums That Changed My Life, a personal, insightful and gloriously illustrated look at the music that matters the most to the artists who matter the most to you.

More than a hundred musicians invite you backstage, each revealing in their own words the 10 albums that influenced their lives, their music and their futures. Artists from Punk to Classic Rock, British Invasion to Pop, and Heavy Metal to Modern Rock take the stage in this sonic coming-of-age adventure.

With more than 1,000 albums illustrated and profiled, 10 Albums That Changed My Life shares wonderfully intimate perspectives and surprising selections. Consider Henry Rollins, the legendary front man for punk's Black Flag. Slipped into his list of heavy rockers, you'll find The Original Broadway Cast Recording of Hair. "I had this record in 4th or 5th grade. It was my mother's. I knew it was subversive and I probably shouldn't be listening to it and that's what made it irresistible to me. Besides, there is some great songwriting and performances on this album," Rollins says.

From the Beatles' Sgt. Peppers Lonely Hearts Club Band to Pink Floyd's Wish You Were Here, Rolling Stone's Exile on Main Street to The Beach Boys Pet Sounds, Flatt & Scruggs The Original Sound to Jimi Hendrix Are You Experienced, the book is packed with classics and cool revelations. Featuring a Foreword by Rock And Roll Hall of Fame artist Nancy Wilson of Heart, 10 Albums That Changed My Life is a fun and fabulous page-turner, tuning into the music that made a difference. And still does. 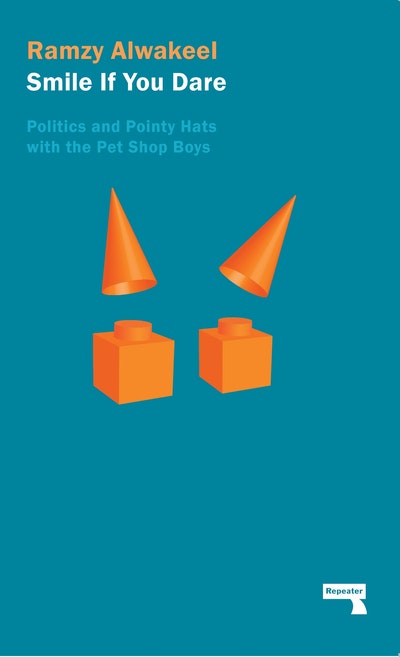 Smile If You Dare
Ramzy Alwakeel