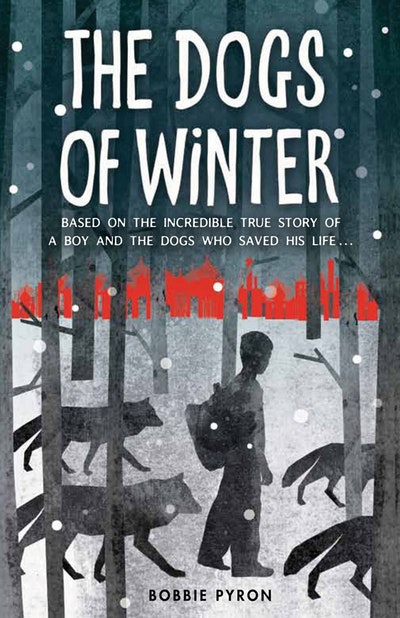 The Dogs of Winter

Based on the incredible true story of Ivan Mishukov. One boy, a cold, cruel city, and the dogs who saved his life . . .

When Mishka is abandoned on the streets of Moscow he falls in with a gang of other homeless children, hoping they’ll give him a chance of survival. But as winter freezes the city and food becomes scarce, he is left alone, to fend for himself.

Help comes in an unexpected form: Mishka is adopted by a pack of dogs. The creatures quickly become more than just his street companions, they are his family. But he can’t stay hidden from the world for ever . . .

Bobbie Pyron has a degree in Psychology and Anthropology and a Master's Degree in Library Science. Bobbie is the author of THE RING and A DOG'S WAY HOME. Active in the librarian community both on the Utah State and national levels, she is a lifelong proponent of children's books across all genres. She lives in Park City, Utah, with her husband.

Praise for The Dogs of Winter

[A] first-person narrative in beautifully composed writing enhanced by Ivan's visual acuity and depth of emotion. Terrifying, life-affirming and memorable.

The book's emotional impact is immense.

Moving and unusual . . . imaginative and convincing