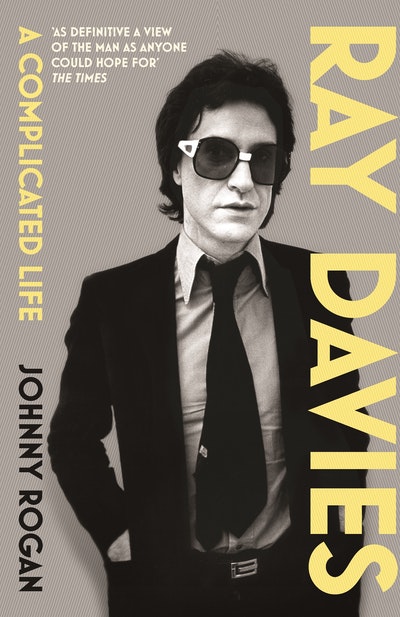 The definitive biography of The Kinks’ legendary frontman and one of the most tumultuous tales in Rock history.

NOW UPDATED WITH A NEW EPILOGUE

In the summer of 1964, aged twenty, Ray Davies led the Kinks to fame with their number one hit ‘You Really Got Me’. Within months, they were established among the pop elite, swamped by fans and fast becoming renowned for the rioting at their gigs.

But Ray’s journey from working-class Muswell Hill to the Rock ’n’ Roll Hall of Fame was tumultuous in the extreme, featuring breakdowns, bitter lawsuits, spectacular punch-ups and a ban from entering the USA. His relationship with his brother Dave is surely the most ferocious and abusive in music history. Based on countless interviews conducted over several decades, this richly detailed and revelatory biography presents the most frank and intimate portrait yet of Ray Davies.

Johnny Rogan is the author of over twenty books, including highly acclaimed biographies/musical studies of the Byrds, the Smiths, Van Morrison, Neil Young, Crosby, Stills, Nash & Young, John Lennon and Morrissey. His groundbreaking Starmakers & Svengalis: The History Of British Pop Management was adapted for a six-week BBC series. Morrissey & Marr: The Severed Alliance was one of the best-selling and most controversial rock biographies of its time, receiving various music biography of the year awards, and has been in print continuously for over twenty years. More recently, Van Morrison: No Surrender was chosen by the Sunday Timesas one of its Top 10 Music Books of the Year. He is currently completing an epic two-volume study, Byrds: Requiem For the Timeless. 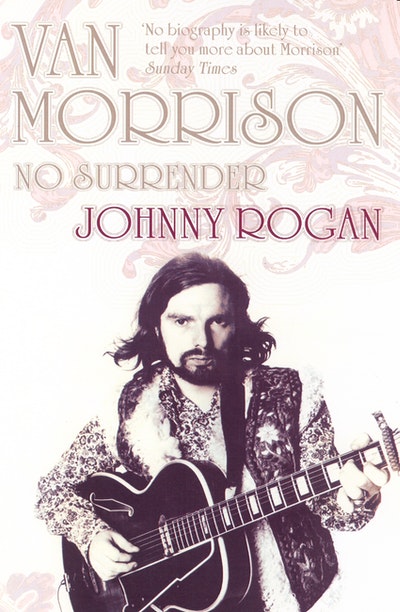 Masterfully teases out the warring impulses wrestling in [Davies's] psyche . [Rogan is] adept at relating the social history of the 1950s and 1960s to Davies's brooding character and lyric obsessions ... He uncovers psychological traumas everywhere and is fascinating on the bitchy rivalries between 1960s pop titans . Such tales make this ... oceanically researched biography go with a swing

In the tradition of the most interesting biographies, a troubled subject makes for a gripping read

Definitive . impressive . Nary a character or event of even minor importance in the Davies story is left undisturbed by the author's flair for asking the right questions of the right people (including Ray himself) and plundering archives . The wonder is that with so many facts and opinions to assemble, this tome remains so eminently readable

Meticulously researched, crafted with a near-obsessive passion and boasts abundant original interviews . the many fans of [Davies] have never been served this well; Rogan interviews major players and delves deep into the archives to emerge with the ultimate account of Davies' life, times and idiosyncrasies . Rogan never loses sight of Davies' position as a quintessentially brilliant English songwriter and pop-culture commentator, resulting in his own personal masterpiece and another benchmark for music biographies

A terrific insight into one of Britain's greatest artists

Monumental ... shining through the violence, the personality clashes, the litigation with former management, the volatile relationship with women, even a mental breakdown, are the songs

Rogan is exceptionally good at painting a picture of the moment he is exploring ... engrossing ... you're left with a sympathetic understanding of [Davies'] ways and motives

It's [Ray Davies's] quirks that make him a worthy study, and Johnny Rogan is the man for the job, a writer renowned for going to extraordinary lengths to research his subjects . a social history as well as character study. Rogan illuminates the labyrinth of Swinging Sixties record labels, managers, bookers and pluggers, and spares no blushes in his depiction of the young Kinks

Rogan chooses to delve deep into the period that will most interest potential readers of this book . defiantly non-sensationalist . dogged, even-handed and punctilious in his research . scrupulously fair in his assessments of his subject's work and character, while also conceding that, in several ways, Davies remains an enigma . a valuable account of the working life of a complicated man

Gripping and hugely readable . teems with as much detail as a 19th-century novel . whatever's been previously written about the band is rather overwhelmed by Rogan's book with its illuminating interviews with Ray and Dave Davies and an abundance of supplementary testimony

One of the best rock biographers of his generation

This book is a good, solid, factually based read throughout. I imagine nearing six decades of recording history to be squeezed into one book is a task beyond the scope of a lot of authors, but this has been done rather well by Johnny Rogan. Excellent and complex.