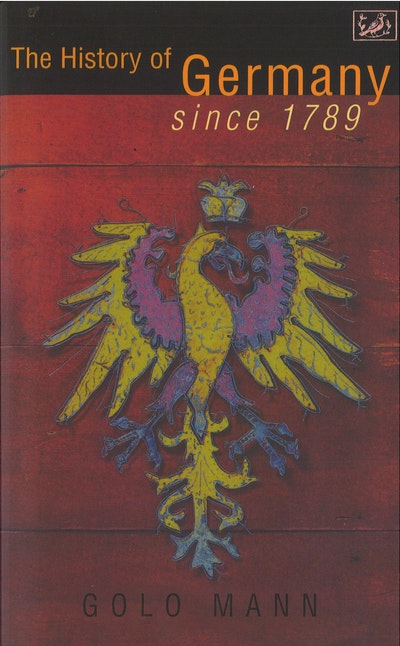 The History of Germany Since 1789

The finest one-volume history of Germany ever published.

It is this quality of paradox, even of mystery, in the German nation that the distinguished historian renders with such subtlety and penetration in this celebrated study. It traces the whole sweep of intellectual development in Germany since the French Revolution. As well as chronicling historic events, the book deals in detail with the contributions of philosophers, poets and novelists alongside those of parliamentarians and generals.

Born in 1909, Golo Mann was the son of novelist Thomas Mann. He read history, modern languages and philosophy at Heidelberg University. From 1933 to 1937 he taught at various French universities; from 1943 to 1946 he served in the US army and then taught for ten years in California. He was later Professor of History at the Universities of Munster and Stuttgart.

Professor Mann's previous books include Secretary of Europe (1946), a study of Friedrich von Gentz. His monumental biography of Wallenstein was published in Germany in 1971. In 1962 he was awarded the Fontane Prize by the city of Berlin, and in 1964 the Schillerpreis by the city of Mannheim as well as the Buchner Prize (1968), the Gottfried Keller Preis (1969), the Schiller-Gedachtnispreis (1977) and the Order Pour la Mérite. He was a member of the American Academy of Arts and Sciences. He died in 1994.