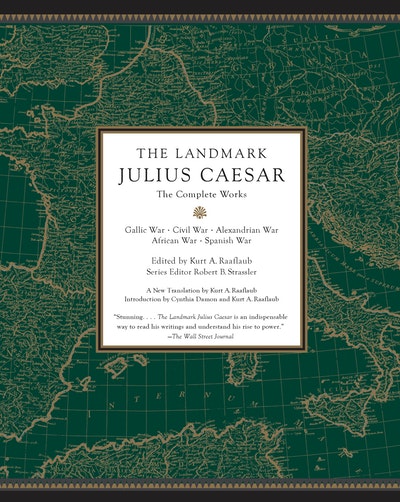 Between 58 and 50 B.C., Caesar led his army to twice invade Britain and conquer most of the land that is now France, Belgium, and Switzerland. The Gallic Wars served two purposes: to offer a record of Caesar’s travels and insights into his military strategies, and to present the Roman public with a portrait of Caesar as a compelling, effective leader—which would be a key part of his public image as he fought off his rivals for control of the empire. Caesar chronicles his struggle to rule in The Civil Wars, from his crossing of the Rubicon in 49 B.C. through the death of his chief rival, Pompey, and the ongoing efforts of Pompey’s heirs and followers to remove Caesar from power. As with the other volumes in the Landmark series, this edition—edited by Robert B. Strassler and Kurt A. Raaflaub—supplements the text with detailed maps, images, and annotations to place the work in historical and political context. And with stunning endpapers and color illustrations, this beautifully produced, large-format paperback makes a terrific gift for history buffs and fans of the classics.