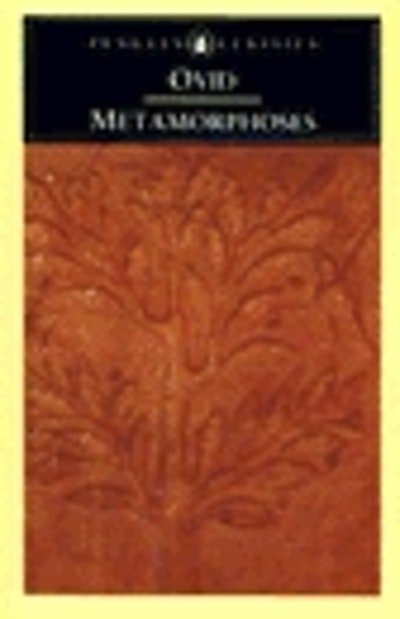 This new verse translation, in simple and swift English hexameters, allows Ovid's narrative to flow - pulling the reader along with it.

Mary Innes's classic prose translation of one of the supreme masterpieces of Latin literature, Ovid's Metamorphosis. Ovid drew on Greek mythology, Latin folklore and legend from ever further afield to create a series of narrative poems, ingeniously linked by the common theme of transformation. Here a chaotic universe is subdued into harmonious order: animals turn to stone; men and women become trees and stars. Ovid himself transformed the art of storytelling, infusing these stories with new life through his subtley, humour and understanding of human nature, and elegantly tailoring tone and pace to fit a variety of subjects. The result is a lasting treasure-house of myth and legend. 'The most beautiful book in the language (my opinion and I suspect it was Shakespeare's)' - Ezra PoundOvid was born in 43 BC in central Italy. He was sent to Rome where he realised that his talent lay with poetry rather than with politics. His first published work was 'Amores', a collection of short love poems. He was expelled in A.D. 8 by Emperor Augustus for an unknown reason and went to Tomis on the Black Sea, where he died in AD 17.Mary M. Innes graduated from Glasgow and Oxford Universities and subsequently taught in the universities of Belfast and Aberdeen, before spending some twenty years proving to schoolgirls that classical languages can and should be enjoyed.