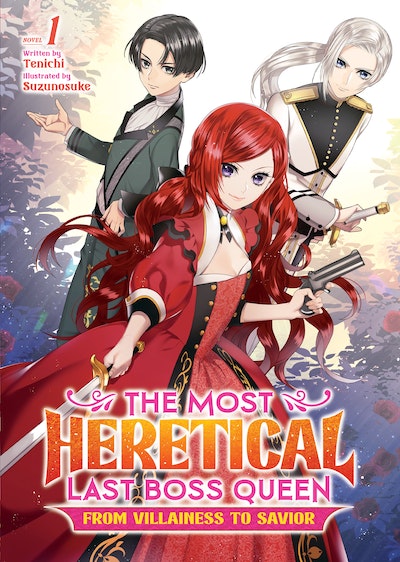 The Most Heretical Last Boss Queen

This award-winning otome isekai series stars a final boss who decides to ditch the whole “villainess” schtick and use her powers to protect—not destroy—the people of her kingdom! And don’t miss the manga, also from Seven Seas.

Pride Royal Ivy is only eight years old when she realizes that she’s been reincarnated, destined to become the future wicked queen and final boss of an otome game. She’s got it all in this new life: razor-sharp wit, boss-tier powers, and influence over the kingdom as crown princess. Determined to sow despair and destruction across the land, she… Wait, what kind of a rotten future is that?! Princess Pride decides to drop the maniacal villainess act and protect the male love interests instead, cheating her way to saving everyone she can! Will this final boss end up earning the adoration of her kingdom?