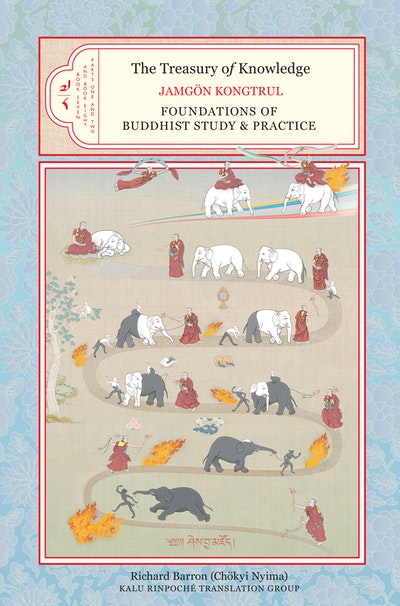 The Treasury Of Knowledge, Book Seven And Book Eight, Parts One And Two

In Tibetan religious literature, Jamgön Kongtrül's Treasury of Knowledge in ten books stands out as a unique, encyclopedic masterpiece embodying the entire range of Buddhist teachings as it was preserved in Tibet. Fundamentals of Buddhist Study and Practice comprises book seven and book eight, parts one and two of the Treasury of Knowledge. Book seven provides a detailed exposition of contemplation which consists of reflecting repeatedly on the points one has already understood in order to deepen one’s appreciation of them. It includes a lucid discussion of various interpretations of the meaning of emptiness. Once one has gained certainty about the teachings through hearing and contemplation, the logical next step is that of integrating them into one's experience through the process known as meditation. This is the main focus of book eight. Part one of book eight presents the practice of meditation as a twofold process, comprising elements of calm abiding and a deeper awareness of the nature of reality. Part two of book eight treats the stages of meditation as these are described the sutra tradition that includes the three paths of the sravaka, the pratyekabuddha, and the bodhisattva. 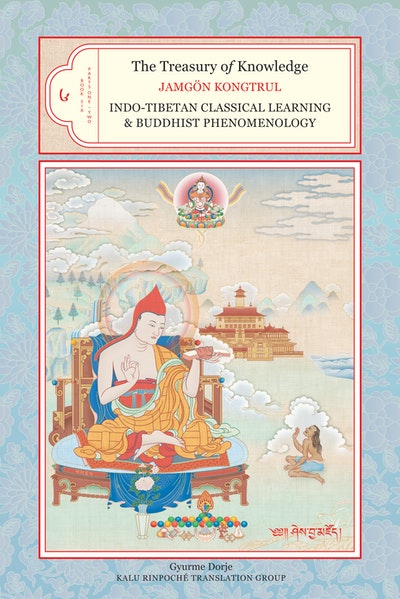 Praise for The Treasury Of Knowledge, Book Seven And Book Eight, Parts One And Two

"The Treasury of Knowledge excellently presents the entire corpus of the sutra and mantra traditions from the paths of the common sciences all the way up to the uncommon Great Perfection or Atiyoga, which is the culmination of the nine vehicles."—H.H. Dudjom Rinpoche

"Jamgön Kongtrül Lodrö Tayé was one of the leading scholars of the nineteenth century. He broke through sectarian constraints and achieved a deep understanding of the the different philosophical approaches in Tibet. I have no doubt that by studying Kongtrul's works readers will be inspired to emulate his great qualities of humility, dedication, patience, and nonsectarianism."—H.H. the Dalai Lama