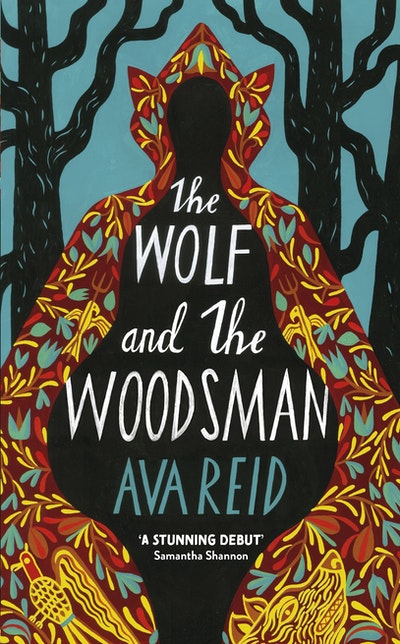 The Wolf and the Woodsman

In her forest-veiled pagan village, Évike is the only woman without power, making her an outcast clearly abandoned by the gods. When soldiers arrive from the Holy Order of Woodsmen to claim a pagan girl for the king's blood sacrifice, Évike is betrayed by her fellow villagers and surrendered.

But when monsters attack the Woodsmen and their captive en route, slaughtering everyone but Évike and the cold, one-eyed captain, they have no choice but to rely on each other. Except he's no ordinary Woodsman - he's the disgraced prince, Gáspár Bárány, whose father needs pagan magic to consolidate his power. Gáspár fears that his cruelly zealous brother plans to seize the throne and instigate a violent reign that would damn the pagans and the Yehuli alike. As the son of a reviled foreign queen, Gáspár understands what it's like to be an outcast, and he and Évike make a tenuous pact to stop his brother.

As their mission takes them from the bitter northern tundra to the smog-choked capital, their mutual loathing slowly turns to affection, bound by a shared history of alienation and oppression. However, trust can easily turn to betrayal, and as Évike reconnects with her estranged father and discovers her own hidden magic, she and Gáspár need to decide whose side they're on, and what they're willing to give up for a nation that never cared for them at all.
______________________________________
'Assured and compelling throughout, and the worldbuilding is richly imagined, densely textured, and endlessly delightful.' Katherine Addison, author of The Goblin Emperor

'Reid has crafted a story that is not only relevant for our times, but has timelessness about it that truly makes it shine. The Wolf and the Woodsman is not a book I will soon forget.' Genevieve Gornichec, author of The Witch's Heart

'The Wolf and The Woodsman is one hell of a ride. I couldn't put it down.' Greta Kelly, author of The Frozen Crown

'One of those transportative, delicious books that completely engrossed me for a full day.' Samantha Rajaram, Author of The Company Daughters

Ava Reid was born in Manhattan and raised right across the Hudson River in Hoboken, but currently lives in Palo Alto, where the weather is too sunny and the people are too friendly. She has a degree in political science from Barnard College, focusing on religion and ethnonationalism. 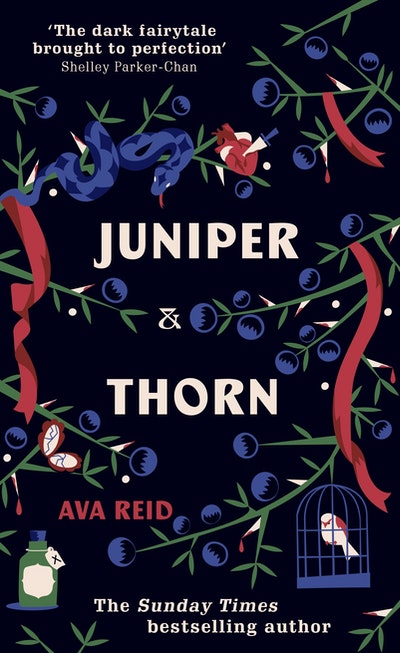 Praise for The Wolf and the Woodsman

Évike may be the only one in her village without 'powers,' but that doesn't stop her from being an in-your-face heroine who stands up for the things she believes in and never backs down. Reid has crafted a story that is not only relevant for our times, but has timelessness about it that truly makes it shine. The Wolf and the Woodsman is not a book I will soon forget.

I enjoyed The Wolf and the Woodsman very much. Évike is a memorable protagonist, deeply flawed but trying, almost despite herself, to do the right thing. The writing is assured and compelling throughout, and the worldbuilding is richly imagined, densely textured, and endlessly delightful.

The Wolf and The Woodsman is one hell of a ride. Évike is an unlikely heroine, torn by warring duties and identities but despite it all, she discovers a power that could save a nation from itself. But only if she lives. I couldn't put it down.

Gorgeously written and grimly real, The Wolf and the Woodsman is a bloody fable about two people caught in the jaws of history. It quite literally took my breath away.

The Wolf and the Woodsman, beautifully written and expertly told, is a darkly magical tale from beginning to end. I was equal parts terrified and delighted, somehow swept away and grounded in a world as beautiful as it is deadly.

Rooted in history and myth, The Wolf and the Woodsman is a stunning debut - a powerful and haunting tale of a young woman's will to live, of love flowering in defiance of tyranny. It will twine like a dark forest around your heart.

Samantha Shannon, Sunday Times bestselling author of The Priory of the Orange Tree

Beautiful and gut wrenching . . . It's a fundamentally Jewish tale that gripped me from beginning to end. A riveting debut that will keep you up all night, desperately chasing the heart-pounding conclusion.

A thought-provoking, thrilling magical twist on the history of religion and politics that I couldn't put down . . . stunningly rendered

S.A. Chakraborty, bestselling author of The Empire of Gold

A seriously impressive debut novel . . . grown-up, complicated, angsty, sexy, dark book - and one that I will be recommending far and wide

Examines religious freedom through the lens of myth and magic . . . The convincing enemies-to-lovers romance, fascinating religion-based magic system, and thoughtful examination of zealotry make this a notable debut.

Written with a timelessness of spirit, a magical world that knows no bounds, and characters who will make your heart pound and your eyes well up, The Wolf and the Woodsman is an intricate, gut-wrenching fantasy that will set the bar for dark historical fantasy for years to come.

A richly imagined exploration of faith and folklore . . . lushly written and thoroughly evocative

Rich with vivid description, fantastical monsters, and magic unmatched by most other books for its pure physicality, this story may be strongly influenced by Jewish folklore, but the voice is original, perhaps as it's refreshingly female.

Ava Reid has boldly announced herself as a literary force with The Wolf and the Woodsman. The novel is impressive in its beauty, characters, and uncompromising nature and is all the more impressive for being Reid's debut novel.

A powerful feminist story about acceptance, The Wolf and the Woodsman is perfect for fans of The Bear and the Nightingale by Katherine Arden and John Gwynne's The Shadow of the Gods.