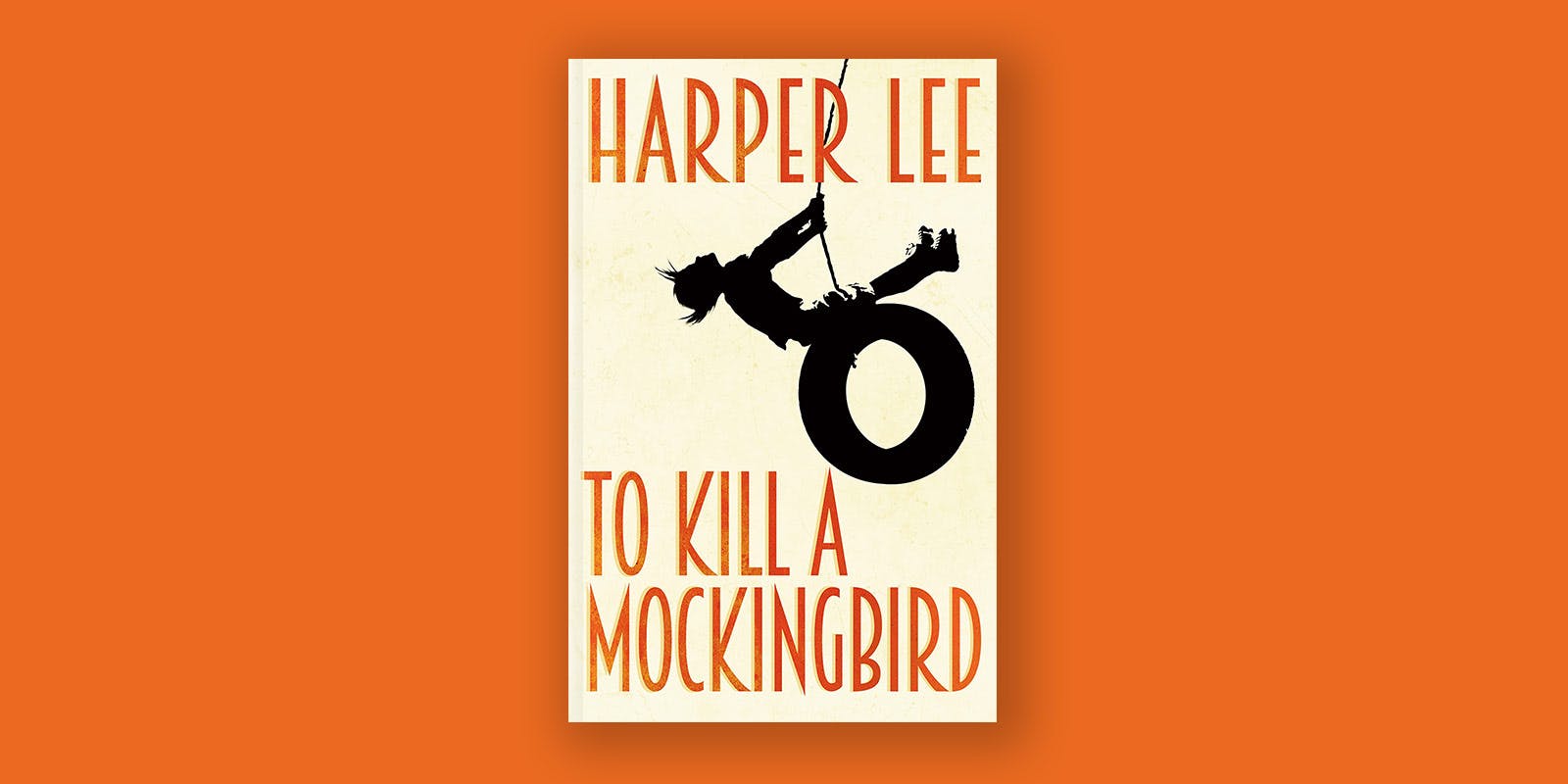 To Kill A Mockingbird is one of the world’s most enduringly popular novels for readers of all ages, an unforgettable classic. The below extracts are designed to be discussed throughout the course of a full reading group or book club session.

Choose from the following key passages to read from and discuss:

Maycomb was an old town, but it was a tired old town when I first knew it. In rainy weather the streets turned to red slop; grass grew on the sidewalks, the court-house sagged in the square. Somehow, it was hotter then; a black dog suffered on a summer’s day; bony mules hitched to Hoover carts flicked flies in the sweltering shade of the live oaks on the square. Men’s stiff collars wilted by nine in the morning. Ladies bathed before noon, after their three o’clock naps, and by nightfall were like soft teacakes with frostings of sweat and sweet talcum. People moved slowly then. They ambled across the square, shuffled in and out of the stores around it, took their time about everything. A day was twenty-four hours long but seemed longer. There was no hurry, for there was nowhere to go, nothing to buy and no money to buy it with, nothing to see outside the boundaries of Maycomb County. But it was a time of vague optimism for some of the people; Maycomb County had recently been told that it had nothing to fear but fear itself.

Atticus stood up and walked to the end of the porch. When he completed his examination of the wistaria vine he strolled back to me.
‘First of all,’ he said, ‘if you can learn a simple trick, Scout, you’ll get along better with all kinds of folks. You never really understand a person until you consider things from his point of view –’
‘Sir?’
‘– until you climb into his skin and walk around in it.

Miss Maudie stopped rocking, and her voice hardened. ‘You are too young to understand it,’ she said, ‘but sometimes the Bible in the hand of one man is worse than a whisky bottle in the hand of – oh, of your father.’
I was shocked. ‘Atticus doesn’t drink whisky,’ I said. ‘He never drunk a drop in his life – nome, yes he did. He said he drank some one time and didn’t like it.’
Miss Maudie laughed. ‘Wasn’t talking about your father,’ she said. ‘What I meant was, if Atticus Finch drank until he was drunk he wouldn’t be as hard as some men are at their best. There are just some kind of men who – who’re so busy worrying about the next world they’ve never learned to live in this one, and you can look down the street and see the results.

When he gave us our air rifles Atticus wouldn’t teach us to shoot. Uncle Jack instructed us in the rudiments thereof; he said Atticus wasn’t interested in guns. Atticus said to Jem one day, ‘I’d rather you shot at tin cans in the back yard, but I know you’ll go after birds. Shoot all the bluejays you want, if you can hit ’em, but remember it’s a sin to kill a mockingbird.’
That was the only time I ever heard Atticus say it was a sin to do something, and I asked Miss Maudie about it.
‘Your father’s right,’ she said. ‘Mockingbirds don’t do one thing but make music for us to enjoy. They don’t eat up people’s gardens, don’t nest in corncribs, they don’t do one thing but sing their hearts out for us. That’s why it’s a sin to kill a mockingbird.’

‘Scout,’ said Atticus, ‘nigger-lover is just one of those terms that don’t mean anything – like snot-nose. It’s hard to explain – ignorant, trashy people use it when they think somebody’s favouring Negroes over and above themselves. It’s slipped into usage with some people like ourselves, when they want a common, ugly term to label somebody.’
‘You aren’t really a nigger-lover, then, are you?’
‘I certainly am. I do my best to love everybody . . . I’m hard put, sometimes – baby, it’s never an insult to be called what somebody thinks is a bad name. It just shows you how poor that person is, it doesn’t hurt you.

Atticus placed his fork beside his knife and pushed his plate aside. ‘Mr Cunningham’s basically a good man,’ he said, ‘he just has his blind spots along with the rest of us.’
Jem spoke. ‘Don’t call that a blind spot. He’da killed you last night when he first went there.’
‘He might have hurt me a little,’ Atticus conceded, ‘but son, you’ll understand folks a little better when you’re older. A mob’s always made up of people, no matter what. Mr Cunningham was part of a mob last night, but he was still a man. Every mob in every little Southern town is always made up of people you know – doesn’t say much for them, does it?’
‘I’ll say not,’ said Jem.
‘So it took an eight-year-old child to bring ’em to their senses, didn’t it?’ said Atticus. ‘That proves something – that a gang of wild animals can be stopped, simply because they’re still human. Hmp, maybe we need a police force of children . . . you children last night made Walter Cunningham stand in my shoes for a minute. That was enough.’

p.243 Atticus on justice and race

‘If you had been on that jury, son, and eleven other boys like you, Tom would be a free man,’ said Atticus. ‘So far nothing in your life has interfered with your reasoning process. Those are twelve reasonable men in everyday life, Tom’s jury, but you saw something come between them and reason. You saw the same thing that night in front of the jail. When that crew went away, they didn’t go as reasonable men, they went because we were there. There’s
something in our world that makes men lose their heads – they couldn’t be fair if they tried. In our courts, when it’s a white man’s word against a black man’s, the white man always wins. They’re ugly, but those are the facts of life.’
‘‘Doesn’t make it right,’ said Jem stolidly. He beat his fist softly on his knee. ‘You can’t just convict a man on evidence like that – you can’t.’
You couldn’t, but they could and did. The older you grow the more of it you’ll see. The one place where a man ought to get a square deal is in a court-room, be he any colour of the rainbow, but people have a way of carrying their resentments right into a jury box. As you grow older, you’ll see white men cheat black men every day of your life, but let me tell you something and don’t you forget it – whenever a white man does that to a black man, no matter who he is, how rich he is, or how fine a family he comes from, that white man is trash.’

They were white hands, sickly white hands that had never seen the sun, so white they stood out garishly against the dull cream wall in the dim light of Jem’s room.
I looked from his hands to his sand-stained khaki pants; my eyes travelled up his thin frame to his torn shirt. His face was as white as his hands, but for a shadow on his jutting chin. His cheeks were thin to hollowness; his mouth was wide; there were shallow, almost delicate indentations at his temples, and his grey eyes were so colourless I thought he was blind. His hair was dead and thin, almost feathery on top of his head.
When I pointed to him his palms slipped slightly, leaving greasy sweat streaks on the wall, and he hooked his thumbs in his belt. A strange small spasm shook him, as if he heard fingernails scrape slate, but as I gazed at him in wonder the tension slowly drained from his face. His lips parted into a timid smile, and our neighbour’s image blurred with my sudden tears.
‘Hey, Boo,’ I said.

To Kill A Mockingbird Harper Lee