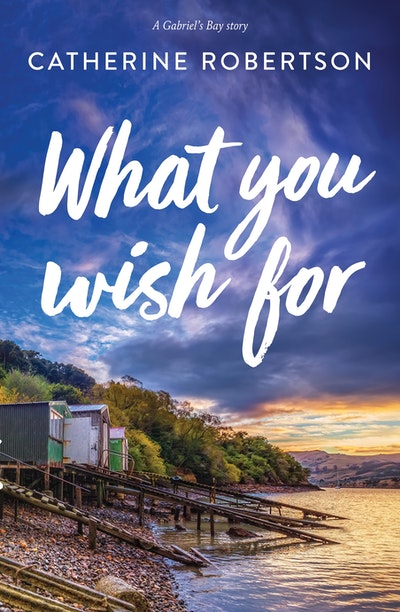 What You Wish For

The moose could not explain why only a few humans could see it. For one thing, it was two metres tall and weighed four hundred kilos. And for half the year it had antlers so wide that it could not avoid crashing into branches or leaving trails of tree fungus and epiphytes dislodged from a height that should have raised the eyebrows of those familiar with the second-largest bush dweller, the red stag. Or, as the moose liked to call him, Tihkoosue, which, roughly translated, meant Short-Arse. The red stag did not like his nickname but there wasn’t much he could do about it.

Perhaps the human mind was to blame, not their eyes? In the moose’s deliberately limited experience, humans spoke with a loud conviction that increased in parallel with their consumption of alcohol. If your status among your peers depended on you being right, then your brain had to reject all evidence to the contrary. ‘There are no bloody moose left here, you berk — they died out decades ago’ was a phrase the moose had more than once overheard. If moose could not exist, then, ipso facto, neither could the evidence. Human self-worth depended on it.

The moose felt it could not judge humans for this. It had questioned its own existence many times, prompted by an instinct lodged deep in its DNA that kept insisting it lived in entirely the wrong place. Its ancestors had not eaten these permanently green trees! They’d grazed on trembling aspen and sweet deciduous maple! All right, they had consumed the same dandelions and pondweed, though the pondweed here seemed also out of place, too vigorous in its growth, overwhelming the other water plants.

The moose sensed it might be doing its foreign home a favour by consuming pondweed, roots and all. Besides, it was delicious. Delicious, too, was the food offered to the moose by one of the humans who did choose to see it. The man who did not wear clothing. Who lived in the glass house on the edge of the bush with the woman who wore clothing only when she went out. Pink clothing, mostly. With sparkles.

The moose always waited until the woman left the house. She was strong and fierce, and occasionally swore in a language that seemed vaguely familiar to the moose. The man, by contrast, was mellow, welcoming. The first time the man had seen the moose peering over his balcony, he’d shown no surprise. He’d smiled and held out his hand. In it was a roundish brown object that smelled sweet, like the memory of maple bark that lingered in the moose’s DNA.

‘Vatrushka?’ said the man. ‘A traditional Russian bun, filled with sweet cheese and jam from our own raspberries. Very good.’

The moose extended its lips and took the bun. It wasn’t pondweed, but it was, indeed, very good.

The moose did not know that its own name evolved from the Proto-Algonquian word, mo-swa, meaning ‘it strips’. If it had, it would have spotted that it and the man had something in common.

The man was always naked, even on colder days, because, unlike the woman, he never went out. Which meant he was happy to provide a snack no matter the hour. The moose was grateful. It had developed quite a taste for Russian buns. The man seemed happy also to accept the existence of the moose. Of course, the animal was right there in front of his eyes, taking a cheese and jam-filled bun from his hand, but even given that weight of evidence, there’d been no guarantee the man would believe it.

The moose had once appeared before two hunters in a glade. By accident; it was mating season and it had been distracted. The two men blinked at the moose, but all their other body parts remained fixed, as if constrained by invisible straitjackets. The moose decided it would be politic to quietly amble back into the bush, walk for a bit and then run. The hunters did not follow it.

Later, the moose wondered how they’d reacted to its mating call, as it knew how far away the deep grunting could be heard. Probably attributed it to the red stag, whose own mating call was laughingly called a roar. The moose’s memory contained the sound made by

an irate grizzly bear. Now that was a roar. Bears, wolves, cougars; the moose’s instinct still urged it to be wary. But in this place, the one that never felt quite right, it was bothered only by the red stag (soft as well as short), wild pigs and the odd pig dog that it could scare off with only the threat of a kick. The dogs were not used to ungulates that could kick in all directions, but they learned fast. They were only smaller wolves, after all, and in the moose’s memory, wolves were sent howling with a swift, sharp hoof to the guts.

In its memory, humans were the real danger. There was a dreadful story that the heads of dead moose were mounted on wooden shields and hung on walls of human houses, though most moose believed it had been made up by their grandparents, whose cautionary tales, as is universal to all species, were always heartily seasoned with ghoulishness.

Here, in this aspen-free land, those who observed the moose were gentle. Naked Magnus, the old man with the bees, and his wife, who’d loved hiking alone, and who’d fallen one day and not got up again. The moose had nudged her into the stream, hoping the water would revive her. It did not. When her body had been removed, the moose visited the old man to pass on its condolences.

Death was natural, but that did not mean it was always welcome. Those with guns — perhaps the moose had just been lucky with them? The two hunters weren’t the only ones who’d ignored the evidence of their eyes. The farmer whose land led down to the river — he’d seen one of the cows and her calf crossing the water.

But instead of reaching for his rifle, he’d sat heavily down on a rock and buried his head in his hands, as if the sight was too much to bear. If the cow had not had her calf with her, she told the moose, she would have asked the sad man, ‘Sa kir winkan?’ Are you OK? But the calf’s safety was paramount. By the time the man lifted his head, he would have seen only stones in the river.

‘How many more of you are there?’ Magnus had asked once, though his smile said he did not expect an answer.

Four. The moose, two cows, one pregnant, and the last surviving calf, a young female, seven months old, not yet ready to leave its mother. Before them, many had died because this place, it was not right. The moose was the only male, and he was nineteen years old. He would live six more years at most. If the cow was not pregnant with a bull calf, or it, like others before, did not survive, he had six more years to produce another male. Or else . . .

But that was tomorrow. Today, there was pondweed and bark. There was the freedom of moving through the trees unfettered by mating-season-sized antlers. There was the red stag to bring down a peg or two. And if the moose timed its visit to naked Magnus to coincide with his afternoon break, there would be a fresh-baked Russian bun.

Today was a good day to be a moose.

What You Wish For Catherine Robertson 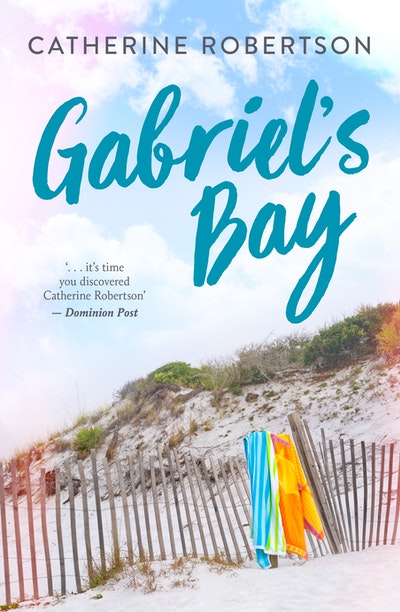 Kerry Macfarlane has run away from his wedding-that-wasn’t. He lands in coastal Gabriel’s Bay, with hopes to prove he’s not a complete failure. 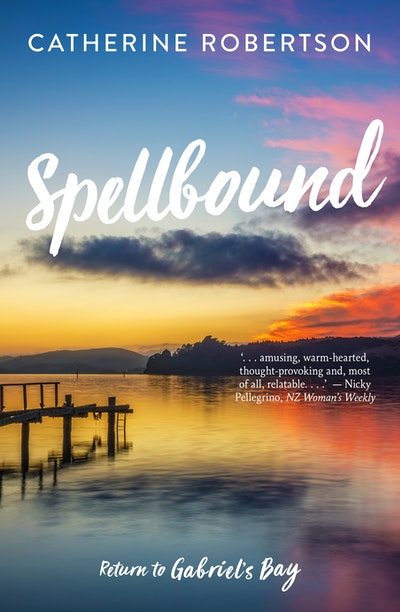 ‘He weighs four kilos and two kilos of that is fluff! How can he occupy so much space?’ 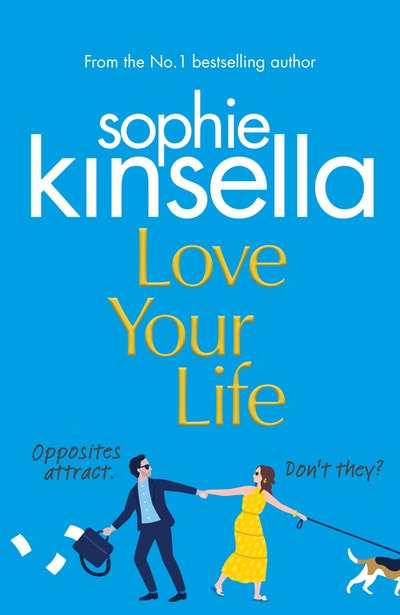 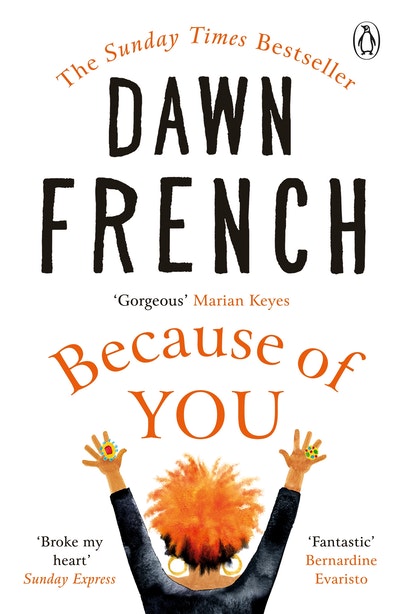 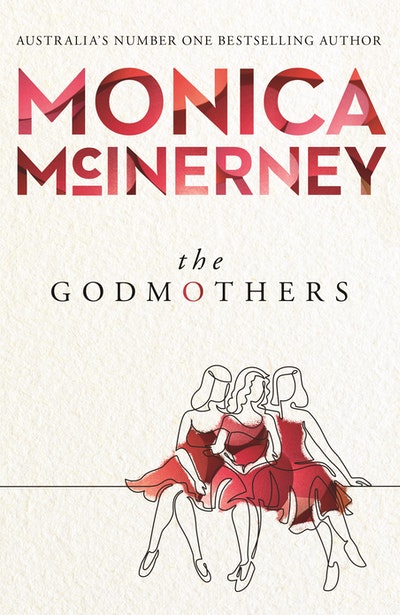