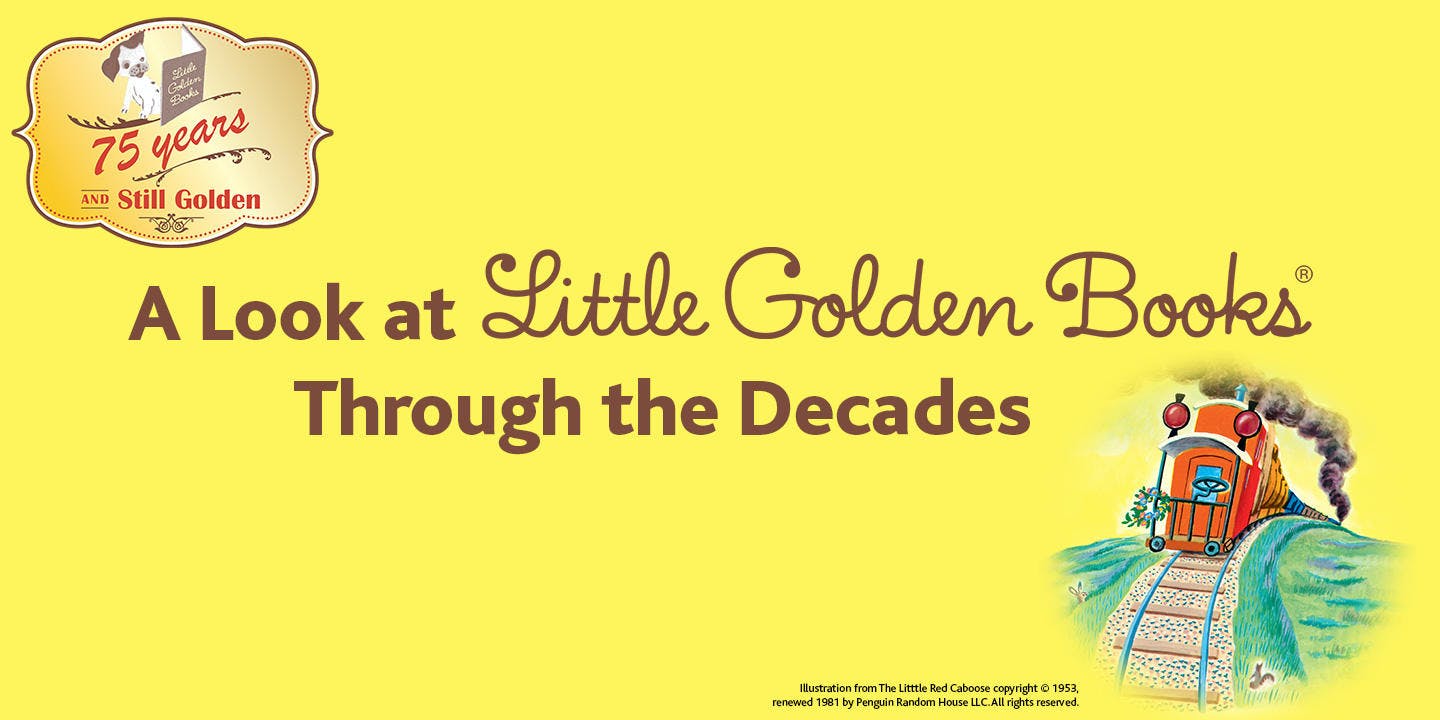 Little Golden Books through the decades

A look at the history of Little Golden Books to celebrate the 75th anniversary in 2017.

Little Golden Books launched in 1942 at 25 cents each, democratising reading for young Americans. At that time, children’s books normally sold for $2–$3 and were a luxury for many families.

1950: Doctor Dan the Bandage Man is released with Johnson & Johnson Band-Aids glued to the title page. This marked one of the first ventures into book and product joint packaging. The first printing of this title was 1.5 million—the largest first printing of a Little Golden Book.