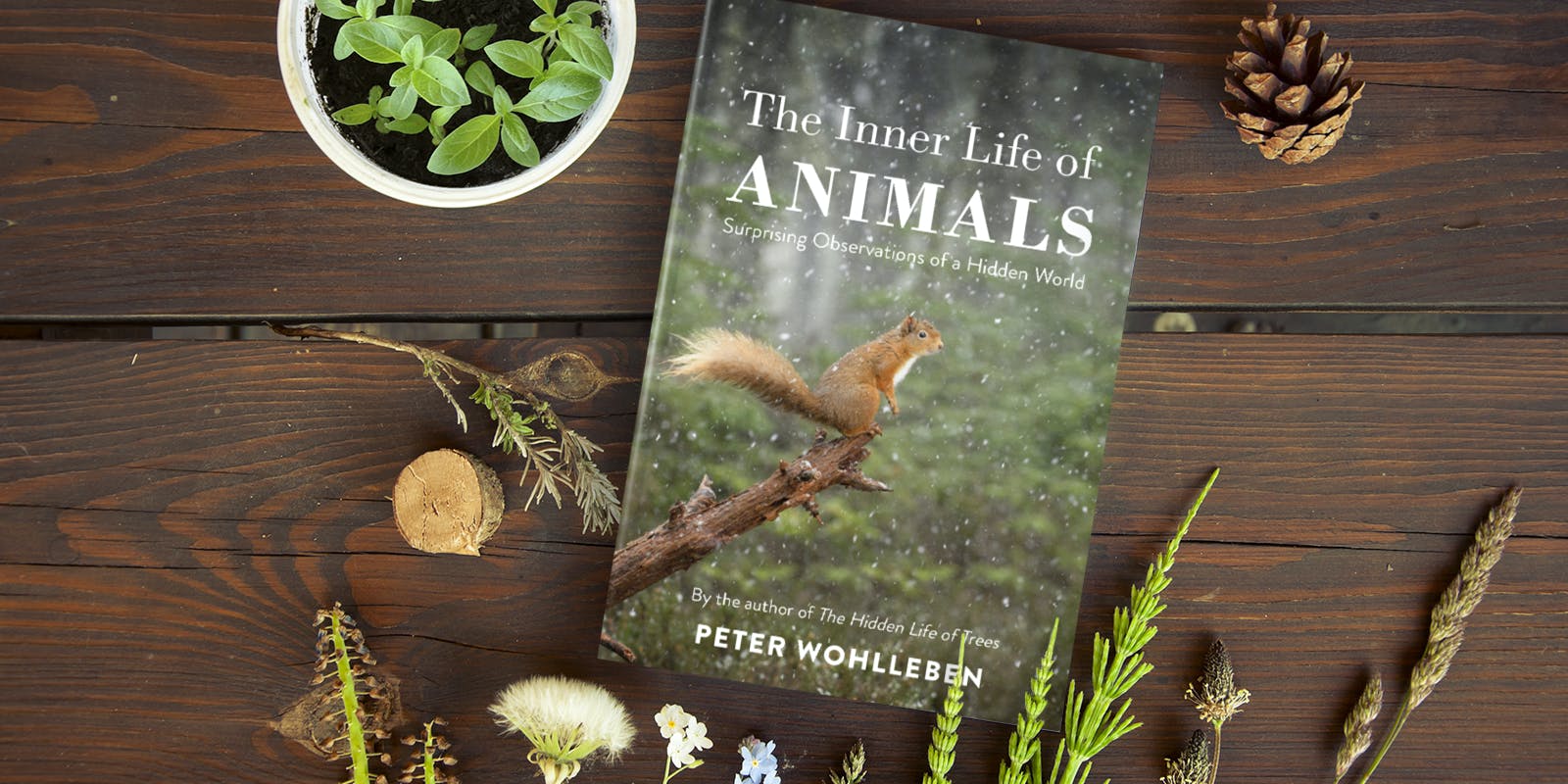 In The Inner Life of Animals, Peter Wohlleben explores an age-old question.

We humans tend to assume that we are the only living things able to experience feelings intensely and consciously. But have you ever wondered what’s going on in an animal’s head? This is the central question Peter Wohlleben asks in his revelatory book The Inner Life of Animals.

For anyone who’s chased a dog on a beach, seen a dolphin ‘surfing’ or watched internet clips of roughhousing kittens, the concept of animals at play seems perfectly natural. But how is this possible for creatures that biological science suggests are mindless automatons driven by an inflexible genetic code? Perhaps the ‘playing’ we observe is merely the animal expressing an evolutionary advantageous behaviour it’s programmed to learn. In the passage below, Wohlleben investigates the notion of animals having fun.

Are animals capable of having fun? That is to say, are they capable of doing things that have no particular purpose other than to bring them pleasure and happiness? I think that’s an important question, because the answer helps us decide whether animals experience positive feelings only when they perform tasks that promote the survival of the species (such as pleasure during sex, which creates offspring). If that were the case, then pleasure and happiness would be by-products of purely instinctive programming that ensures certain behaviours are engaged in and rewarded. In contrast, just by remembering happy experiences, humans can relive the emotions that went with them and enjoy them over and over again. Free-time fun belongs here, such as a holiday by the sea or winter sports in the mountains. Might this be the crowning glory that sets us apart from animals? But then those tobogganing crows come to mind. An Internet video shows one of these birds sliding down the roof of a house. The crow has found a lid from a plastic container. It carries it up to the highest part of the roof, places it on the slope and then jumps onto it to slide down. No sooner does the bird reach the bottom than it goes back up for its next ride.1 The point? Apparently none. The fun factor? Probably the same as when we jump onto the wooden or plastic object of our choice and careen down a hill in the snow.

Why would crows expend energy on such a pointless activity? After all, tough evolutionary competition calls for the elimination of all non-beneficial activities and ejects from the race any animal that is not sufficiently rigorous in this respect. And yet it’s been a long time since we’ve paid any attention to this seemingly absolute rule. At least in wealthier countries, we have energy to spare and we can afford to use it to enjoy ourselves. Why should it be any different for an intelligent bird that has set aside sufficient food for the winter and can devote some of those calories to fun and games? Clearly crows, too, can convert surplus resources into mindless fun and conjure up happy feelings whenever they want.

So what about dogs and cats? Anyone who lives with these animals can tell stories about how they love to play. Our dog Maxi liked to play tag with me around our forest lodge. Because she knew she could run much faster than I could, she always gave me a chance to catch her so that the game didn’t get boring. She’d run big circles around me, every once in a while dashing towards me. Then, just before I caught her, she’d sidestep and I’d miss. You could tell just by looking at her how this game delighted her. I really enjoy looking back to that time, and yet I’d rather find other examples as evidence of completely pointless play – meaning pointless in a positive way – because Maxi probably used this game to strengthen our relationship. And it’s true that any playful activity within a group can act as social glue and therefore serve an evolutionary purpose. Energy invested in cohesion promotes groups that are particularly resistant to external threats.

So let’s take another look at crows. There are lots of reports of crows that tease dogs. They stalk them from behind and nip them on the tail. Of course the dog spins around too slowly to catch the bird, which soon starts the game all over again. This is not a case of creating social cohesion, and it’s not a case of the bird honing some survival skill, either. After all, escaping from spinning dogs is not a necessary part of its behavioural repertoire. No, what’s going on here seems to be something completely different. The crow can clearly put itself in the dog’s place and realises that the dog will always be too slow and will therefore get annoyed. And that’s what makes it so much fun to tease it over and over again, gleefully anticipating its reaction. Lots of crows enjoy doing this, as any number of Internet videos attest. 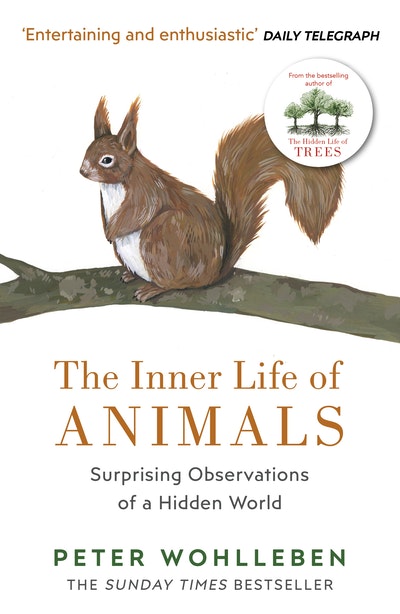 The mysteries and emotional richness of the animal world revealed as never before, from the author of the Sunday Times bestseller The Hidden Life of Trees.