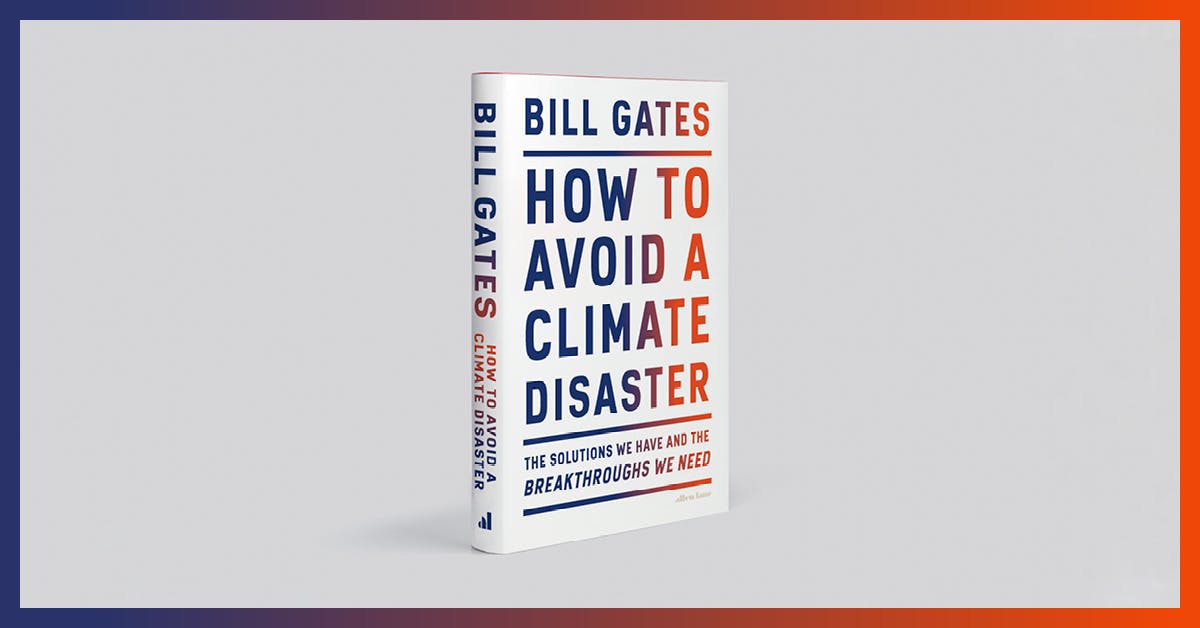 Please don’t let the title of this chapter depress you. I hope it’s clear by now that I believe we can get to zero. But we can’t solve a problem like climate change without an honest accounting of how much we need to do and what obstacles we need to overcome. So with the idea in mind that we will get to solutions – including ways to speed up the transition from fossil fuels – let’s look at the biggest barriers we’re facing.

Fossil fuels are like water.
I’m a big fan of the late writer David Foster Wallace. (I’m preparing for his mammoth novel Infinite Jest by slowly making my way through everything else he ever wrote.) When Wallace gave a now-famous commencement speech at Kenyon College in 2005, he started with this story:

Wallace explained, ‘The immediate point of the fish story is that the most obvious, ubiquitous, important realities are often the ones that are the hardest to see and talk about.’

Fossil fuels are like that. They’re so pervasive that it can be hard to grasp all the ways in which they – and other sources of greenhouse gases – touch our lives. I find it helpful to start with everyday objects and go from there.

Did you brush your teeth this morning? The toothbrush probably contains plastic, which is made from petroleum, a fossil fuel.

If you ate breakfast, the grains in your toast and cereal were grown with fertilizer, which releases greenhouse gases when it’s made. They were harvested by a tractor that was made of steel – which is made with fossil fuels in a process that releases carbon – and ran on gasoline. If you had a burger for lunch, as I do occasionally, raising the beef caused greenhouse gas emissions – cows burp and fart methane – and so did growing and harvesting the wheat that went into the bun.

If you got dressed, your clothes might contain cotton – also fertilized and harvested – or polyester, made from ethylene, which is derived from petroleum. If you’ve used toilet paper, that’s more trees cut down and carbon emitted.

If the vehicle you took to work or school today was powered by electricity, great – though that electricity was probably generated using a fossil fuel. If you took a train, it went along tracks made of steel and through tunnels made using cement, which is produced with fossil fuels in a process that releases carbon as a by-product. The car or bus you took is made of steel and plastic. The same goes for the bike you rode last weekend. The roads you drove on contain cement as well as asphalt, which is derived from petroleum.

If you live in an apartment building, you’re probably surrounded by cement. If you live in a house made of wood, the lumber was cut and trimmed by gas-powered machines that were made with steel and plastic. If your home or office has heating or air-conditioning, not only is it using a fair amount of energy, but the coolant in the air conditioner may be a potent greenhouse gas. If you’re sitting in a chair made of metal or plastic, that’s more emissions.

Also, virtually all of these items, from the toothbrush to the building materials, were transported from someplace else on trucks, airplanes, trains, and ships, all of which were themselves powered by fossil fuels and made using fossil fuels.

In other words, fossil fuels are everywhere. Take oil as just one example: The world uses more than 4 billion gallons every day. When you’re using any product at that kind of volume, you can’t simply stop overnight.

What’s more, there’s a very good reason why fossil fuels are everywhere: They’re so inexpensive. As in, oil is cheaper than a soft drink. I could hardly believe this the first time I heard it, but it’s true. Here’s the math: A barrel of oil contains 42 gallons; the average price in the second half of 2020 was around $42 per barrel, so that comes to about $1 per gallon. Meanwhile, Costco sells 8 liters of soda for $6, a price that amounts to $2.85 a gallon.

Even after you account for fluctuations in the price of oil, the conclusion is the same: Every day, people around the world rely on more than 4 billion gallons of a product that costs less than Diet Coke.

It’s no accident that fossil fuels are so cheap. They’re abundant and easy to move. We’ve created big global industries devoted to drilling for them, processing and moving them, and developing innovations that keep their prices low. And their prices don’t reflect the damage they cause – the ways they contribute to climate change, pollution, and environmental degradation when they’re extracted and burned.

Just thinking about the scope of this problem can be dizzying. But it does not need to be paralyzing. By deploying the clean and renewable sources we already have while also making breakthroughs in zero-carbon energy, we can figure out how to reduce our net emissions to zero. The key will be to make the clean approach as cheap – or almost as cheap – as the current technology.

We need to hurry up.

How to Avoid a Climate Disaster Bill Gates

In this urgent, authoritative book, Bill Gates sets out a wide-ranging, practical - and accessible - plan for how the world can get to zero greenhouse gas emissions in time to avoid a climate catastrophe.

The view from down there

Greta Thunberg’s unique perspective allowed her to reject the contradictions of modern life.

An answer to the crowded curriculum.

A Q&A with Vasanti Unka, author/illustrator of Who Stole the Rainbow?