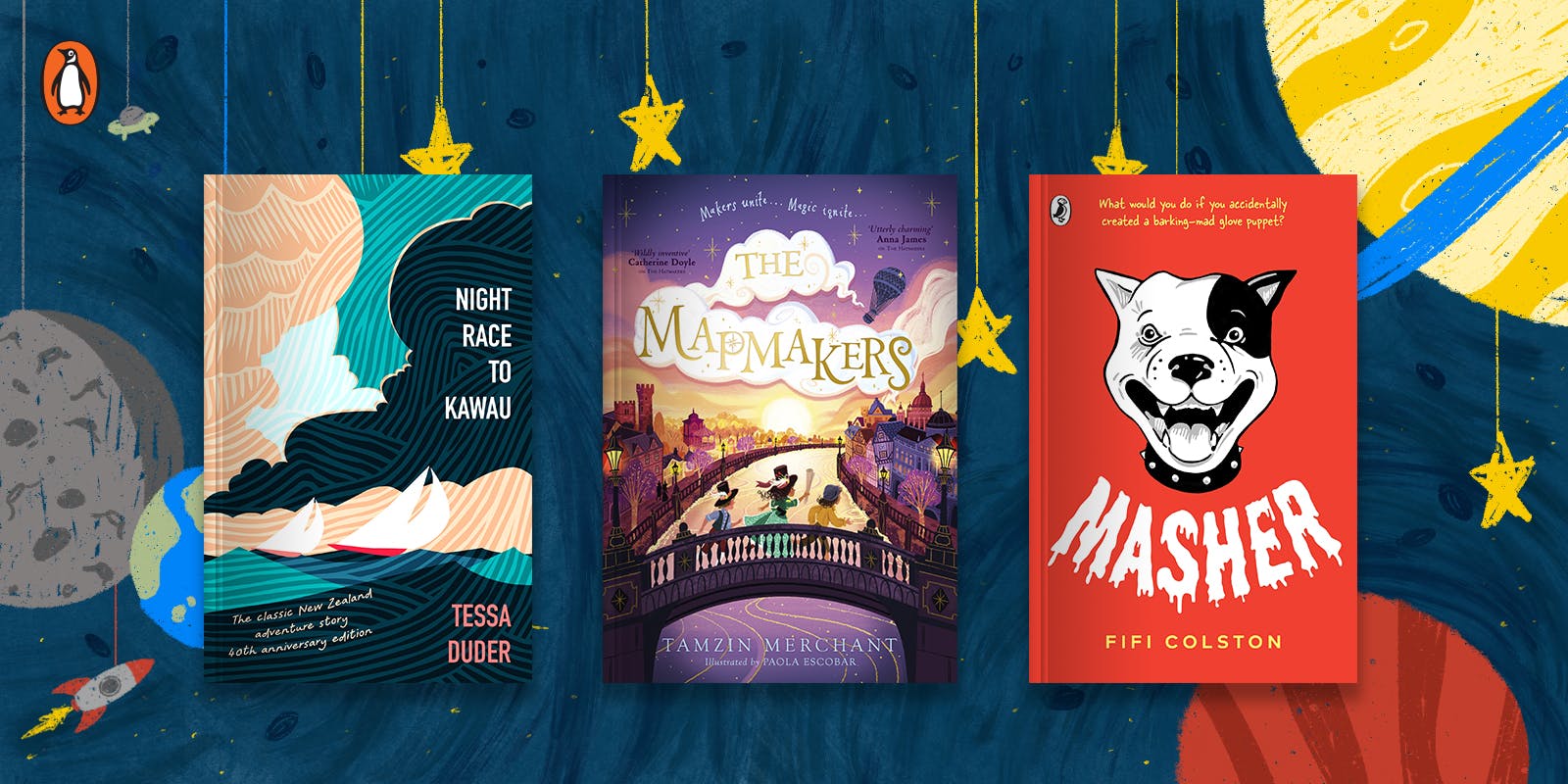 For the last 40 years, Night Race to Kawau has gripped Kiwi kids. This beautiful new anniversary edition will hit shelves in February to be introduced to the next generation of readers. Sam and her mother find themselves unexpectedly in charge of their yacht with a dangerous task ahead of them, with limited technology available: they are on their own. Will Sam be able to save her family? The perfect read for kids who love adventure stories!

For young readers who are fans of Nevermoor, A Pinch of Magic and Harry Potter! Return to the wonderful world of Cordelia Hatmaker in The Mapmakers, the sequel to The Hatmakers! Ever since Cordelia found a hidden map in her father’s precious telescope she’s been searching the streets of London to try and understand its secrets. But danger is lurking around every corner and Cordelia needs to convince a secret society of mapmakers to work together – not only to bring her father home, but to save magic itself. You’ll be able to pick up a copy in late February!

The fourteenth book in the hilarious illustrated children’s series will be available to get your hands on in April! If your young reader is a fan of the Diary of a Wimpy Kid books then they're sure to love this series too. When Rafe Khatchadorian gets himself a summer job he manages to strike out at the zoo, and then a country club and he’s heading straight for the Failed Jobs Hall of Fame, that’s until an encounter with an endangered lion . . . Rafe must put his wildlife knowledge to the test and put more than his grades on the line this time. With its short chapter, humour and illustrations, this series is perfect for reluctant readers.

What would you do if you accidentally created a barking-mad glove puppet, with sharp teeth, a fierce attitude and an unpredictable mouth? Twelve-year-old Freddie Foxworthy finds himself asking just that in Masher by Fifi Colston. Freddie soon finds out that while a possessed puppet can bring fame, it can also bring plenty of trouble. Masher is a warm and funny novel about animal companions, imaginary friends, perceived enemies, and finding your happy place. It’ll be available in May this year!

We all know the unforgettable book Wonder by R J Palacio, it’s the story of August Pullman - a boy who's desperate to blend in, but is destined to stand out because of the way he looks. This beautiful illustrated 10th anniversary edition will be hitting shelves this May. It’s the perfect book to read together at bedtime, a funny, frank, astonishingly moving story to read in one sitting, pass on to others, and remember long after the final page.