Alfred Assollant was born in 1827. He was a teacher, journalist, writer and outspoken opponent of Napoleon III. He wrote more than thirty books over thirty years, including historical fiction, collected essays and a treatise on the rights of women, but only The Marvellous (But Authentic) Adventures of Captain Corcoran, published in 1867, was a success. In the 1870s, his wife, son and daughter died in quick succession and Assollant found himself poverty-stricken. In 1886 he also died, all but forgotten despite the continuing success of Corcoran, in a paupers’ hospital in Paris.

Sam Miller was born and brought up in London. He studied History at Cambridge University and Politics at London University’s School of Oriental and African Studies, before joining the BBC in 1986, for which he has worked, on and off, ever since. In the early 1990s he was the BBC World Service TV and radio correspondent in Delhi, and on his return to the UK in 1993 was the presenter of the BBC’s current affairs programme, South Asia Report. Later he became the head of the Urdu service and subsequently Managing Editor, South Asia. He was posted back to Delhi in 2002 and has remained there ever since. He is the author of Delhi: Adventures in a Megacity (2009), Blue Guide: India (2012) and most recently A Strange Kind of Paradise: India Through Foreign Eyes, which was published by Jonathan Cape in 2014. 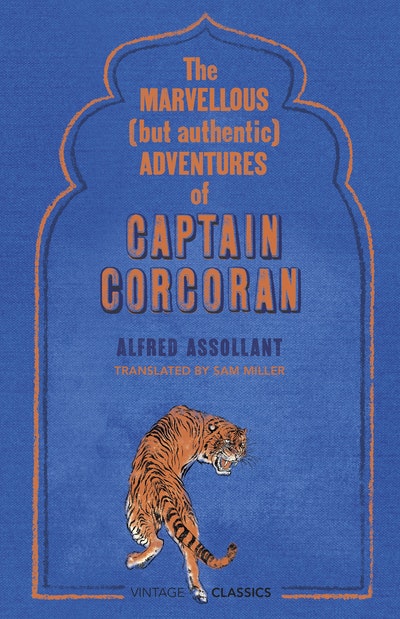 The Marvellous (But Authentic) Adventures of Captain Corcoran
Alfred Assollant

Stand aside Flashman, Bulldog Drummond and the dread Pirate Roberts...introducing Captain Corcoran, a long-forgotten dashing hero brought back to thrilling life in this new translation from Vintage Classics