Ta’afuli Andrew Fiu is author of the memoir Purple Heart, his account of growing up Samoan in New Zealand and of the years he spent in hospital coping with a serious heart condition, under the care of famous cardiac surgeon Alan Kerr, following a bout of rheumatic fever as a teenager. He spent over four and a half years in hospital and has had six open-heart surgeries, a world record. Andrew was born at Lefaga, Matautu, a small province of Apia in Western Samoa, and came with his family to New Zealand when he was three years old. After establishing Pacific Mango Media and Design with his partner, Michele, he went on to be Special Publications Manager for APN/New Zealand Herald. He is still active in the Samoan community in Auckland, and believes in promoting education, and is dedicated to lifting the educational aspirations of high-school-aged children. He is a member of the New Zealand Book Council’s Writers in Schools programme. See more at www.lifeafter6.com.

The Weekend Herald’s Canvas magazine wrote: ‘Written with verge and humour, Purple Heart is a revelation.’ David Eggleton, in The New Zealand Listener, singled it out as one of the year’s best memoirs of 2006, praising its humour, light touch, and lack of self-pity. In Metro, Warwick Roger hailed ‘an interesting new voice’ and praised how ‘the Polynesian humour shine[s] through … on nearly every page’. City Mix called it ‘culturally illuminating, often philosophical, and endearingly honest’, while Spasifik magazine wrote: ‘With the seductive humour of a Samoan story teller, Andrew Fiu’s first writing effort is one that should not go unnoticed.’ 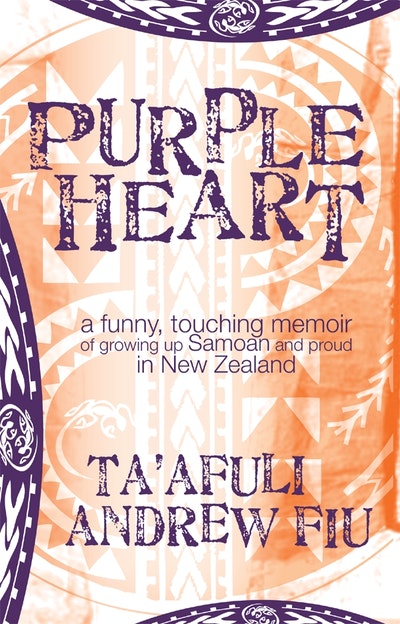 An affecting, insightful and warm memoir of growing up Samoan in New Zealand — and of coping with heart disease.