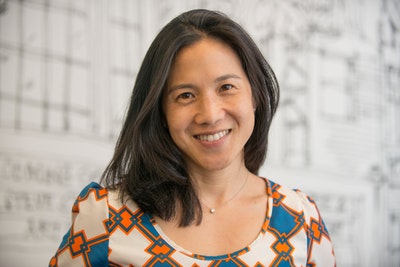 Dr Angela Duckworth is a 2013 MacArthur Fellow and an associate professor of psychology at the University of Pennsylvania. She is an expert in non-IQ competencies, including grit and self-control. A highly sought-after international speaker, her TED talk on grit has been viewed by over 10 million people.

Duckworth’s hypothesis that the real guarantor of success may not be inborn talent but a special blend of resilience and single-mindedness grew out of her upbringing: as a child her scientist father lovingly bemoaned the fact his daughter was ‘no genius’. Duckworth was determined to prove him wrong and spent her youth smashing through every academic barrier. As an adult she became focused on proving her theory and to find out if grit can be learned or cultivated. It was out of this that she created her own Character Lab at the University of Pennsylvania.

This eye-catching Vermilion Life Essentials edition of Angela Duckworth’s seminal work on resilience will bring this fascinating bestseller to an even wider audience of smart-thinking readers. Includes a new chapter from the author.

Be the first to find out about Angela Duckworth.