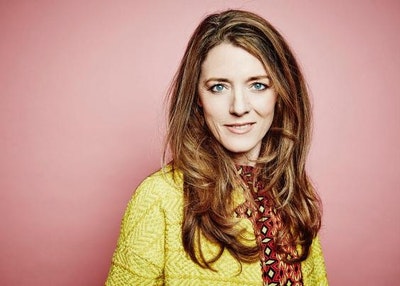 Annabel Jones is a long-term collaborator of Charlie Brooker’s. She serves as co-show runner and executive producer on Black Mirror, which Brooker created and writes. In addition to its recent BAFTA TV nominations and BAFTA Craft win, over its four seasons Black Mirror has garnered awards at the Primetime Emmys® for Outstanding TV Movie and Outstanding Writing for a TV Movie, Producers Guild of America, Rose D'or, BAFTA, International Emmy® and Peabody.

Previously Jones executive produced a number of shows presented by Charlie Brooker including three series of the BAFTA-nominated BBC Two satirical review Weekly Wipe; all seven editions of the annual shindig Charlie Brooker’s End of Year Wipe, which won a BAFTA for its 2016 edition; How Video Games Changed the World; Newswipe, which won the 2009 Royal Television Society Award for Best Entertainment Programme; Gameswipe; and the How TV Ruined Your Life series for BBC Two.

In 2016 Jones was executive producer of the BAFTA-nominated Cunk on Shakespeare and festive special Cunk on Christmas with regular Weekly Wipe contributor Philomena Cunk. Between 2012–2014 Jones executive produced the acclaimed detective spoof trilogy A Touch of Cloth for Sky One, starring John Hannah and Suranne Jones, which won the Broadcast Award for Best Comedy and was nominated at the RTS Awards for Best Comedy. In 2008 Jones executive produced the five-part thriller Dead Set, which starred Jaime Winstone and Riz Ahmed and was nominated for a Best Drama Serial BAFTA. 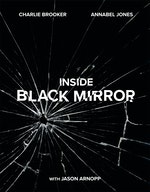 The first official Black Mirror book. Takes the millions of fans of the international cult-hit TV show inside creator Charlie Brooker’s mind for the first time.

Be the first to find out about Annabel Jones.