BILL CONATY, long recognized as a world leader in his field, recently retired as senior vice president for human resources at General Electric, the company consistently ranked as without peer in developing world-class leaders. The management development and training programs that Conaty engineered provided GE with one of the world's most talent-rich management benches. Conaty has served as chairman of the National Academy of Human Resources and was named as a Distinguished Fellow, the organization's highest honor. He currently serves as a personal advisor to the CEOs of companies around the world, including P&G, Boeing, Dell, Goodyear, LG Electronics (Korea), and UniCredit Bank (Italy).

RAM CHARAN is a highly sought after business advisor and speaker, famous among senior executives for his uncanny ability to solve their toughest business problems. For more than 35 years, Dr. Charan has worked behind the scenes with top executives at some of the world's most successful companies, providing advice that is down-to-earth and relevant and that takes into account the real-world complexities of business. Dr. Charan is also the coauthor of Execution, The Game-Changer and Confronting Reality, and the author of What the CEOWants You to Know, Know-How, and Leadership in the Era of Economic Uncertainty. 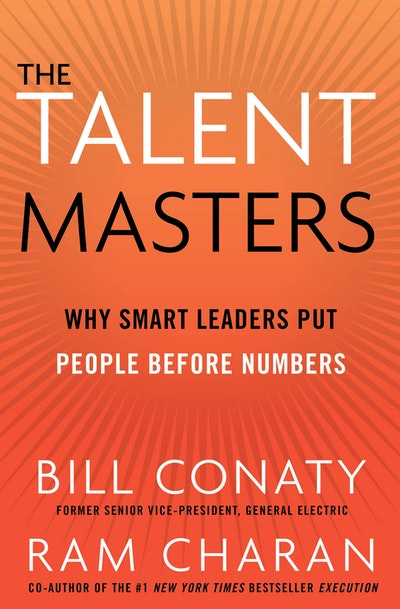 The how-to guide to developing talented leaders in your business