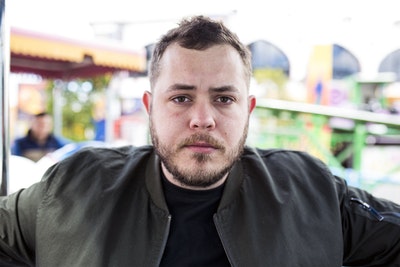 There are few voices in comedy as unique and potent as Corey White. In 2014, Corey performed his debut stand up show, The Cane Toad Effect – a staggeringly personal story of his experience growing up in foster care, surviving domestic violence, recovering from drug addiction and dealing with mental illness. He handled this material with a deftness and humour that far exceeded his experience, garnering critical praise and winning Best Show at the 2014 Sydney Fringe and Best Newcomer Award at the 2015 Melbourne International Comedy Festival and Sydney Comedy Festival.He was later profiled on ABC TV’s Australian Story, shining a light on his and his sister’s experience growing up in the foster care system and the path that took him all the way to the 2015 Edinburgh Fringe. In late 2016 he was selected to have his show recorded as part of the ABC Next Gen comedy series. In 2018, Corey White’s Roadmap to Paradise, a series created by Corey for the ABC, finally solved all the world’s problems while continuing to advocate for change for kids stuck in our dysfunctional foster care system. He is also very funny.