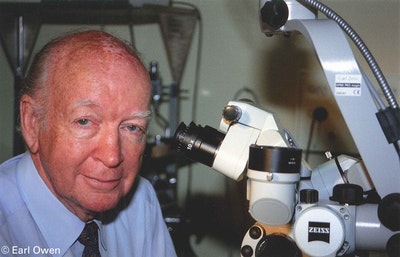 Professor Earl Owen is known as one of the inventors of microsurgery and while he no longer operates himself, he remains involved in this specialist surgical practice. He was presented with an Order of Australia in 1980 for his pioneering work in microsurgery; was president of the International College of Surgeons from 1996-8 and has been honoured around the world for his achievements, including receiving the Legion d'honneur for services to French surgery in 2007.

Under the Microscope Earl Owen

Be the first to find out about Earl Owen.