Geoff Cush, novelist, playwright and journalist, was born in Christchurch and educated in Nelson and Wellington. His first novel was published in London, and his first play performed at the Lyric Theatre in Hammersmith. He has written extensively for commercial theatre in Britain, written travel features for The Times, and contributed to the Marshall Cavendish Murder Casebook. In 2003 he was shortlisted for the prestigious $60,000 Prize in Modern Letters. He has participated in writers’ festivals in New Zealand, in the 2006 Les Belles Éstrangères festival in France, a nationwide celebration of New Zealand writing, and held the Monastère de Saorge residency in France in 2005/2006. The French language edition of Son of France was awarded the Prix Popai for best foreign novel at the Salon International du Livre Océanien, New Caledonia, in 2005. He now lives in Wellington.

His novels include: God Help the Queen (1987); Son of France (2002); and A Voyage with the Muezzin (2007), a historical novel set in the Middle East.Son of France was selected as one of the best New Zealand novels of the year by The New Zealand Herald, which described it as ‘a terrific story which is a mixture of dark satire and a delightful comedy of manners’. It has subsequently been a set text taught at university level. Plays include The Criminal Prosecution and Capital Punishment of Animals (1993). He has adapted several novels for the stage, including: The Simple Past (1996) an adaptation of the Driss Chraibi’s classic novel Le Passe Simple; and Terry Pratchett’s Discworld novel Guards! Guards! (in 1997).

London’s City Limits described God Help the Queen as ‘a bleak and funny picture of London in the future’. The Times Literary Supplement called The Criminal Prosecution and Capital Punishment of Animals ‘a night of knockabout philosophy and cruel fun’, while in The Times Benedict Nightingale wrote that it ‘might have been written in tandem with Jonathan Swift . . . outlandish, oddball and, yes, original.’

His journalism, book reviews and features for newspapers and magazines, have appeared in: The Times (London); Geo (Paris); The New Zealand Listener; TheDominion Post; and New Zealand Books. His writing has also featured in various anthologies, including The Colour of Distance: New Zealand Writers in France — French writers in New Zealand. Extracts from recent fiction and memoir have appeared in the 2012 and 2013 editions of the New Zealand/French literary periodical Percutio. 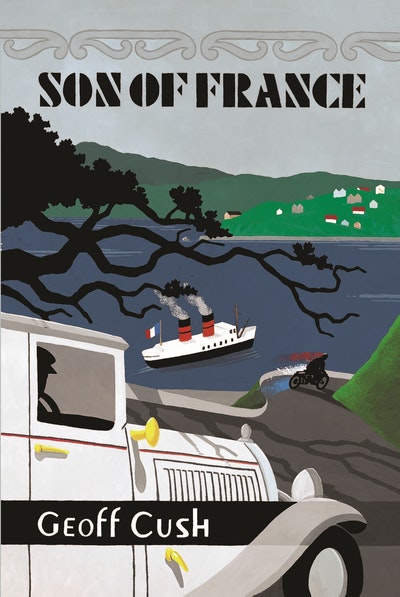 With a hint of philosophy, a dash of insanity, and a woman who could make Gauguin's mouth water, this novel takes the usual ingredients of history and tosses them into the air.