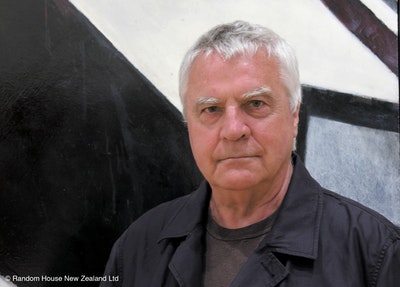 Hamish Keith, notes his Wikipedia entry, has been writing about and working with the arts in New Zealand for almost half a century.

After graduating from the Canterbury School of Fine Art with a Diploma in Fine Arts in 1956, Keith worked at the Auckland Art Gallery from 1958 to 1970, rising from Student Assistant to Keeper of the Gallery, before working as a freelance journalist, writer and art consultant.

He has been, at times, a controversial figure in the arts. Willing to stand up publicly for his opinion, Keith has played a significant role in the artistic life of New Zealand since the late 1950s.

He wrote four scripts for the pioneering television drama series Pukemanu and was principal writer for Section Seven. In 1984 he wrote and presented the two-hour series Housing New Zealand in the Twentieth Century, and presented two series of Kiwi Shorts.

His most recent project was the arts documentary The Big Picture, which garnered three nominations at the 2008 New Zealand Screen Awards, and won Best Series and Best Music Awards.

In 1969 he stood as a Labour candidate for the Parliamentary seat of Remuera. He served as national president Actors Equity and founding president of the Writers Guild. He was appointed chairman of the restructured Arts Council from 1975, where he served for six years, board member of the Council of the National Art Gallery, Museum for 14 years and chair of the National Art Gallery for nine. He was a member of the board that set up the Museum of New Zealand and a member of its interim board. He has sat on the board of the Auckland Art Gallery and has been consultant to a number of public and private art galleries.
He was part of a small group to persuade Len Lye to gift his works to the Govett-Brewster Art Gallery in New Plymouth and was an original trustee of the Len Lye Foundation. He was the original negotiator for the Te Maori exhibition. In 1999 he convened the government review into New Zealand’s cultural infrastructure Heart of the Nation.

Keith has published a number of books on cultural and social history and cooking as well as the arts. He has also contributed reviews and comment on the arts and urban and social issues for numerous magazines and newspapers.

He is married to the costume designer Ngila Dickson and the couple lives in Auckland. 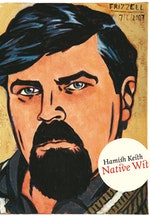 The lively memoir of one of New Zealand's wittiest art, urbanism and social commentators.

Be the first to find out about Hamish Keith.