Jaquie Brown is a television personality and author. Her comedy television series The Jaquie Brown Diaries won Best Comedy Series in both 2009 and 2010 at the Qantas Television Awards, and has aired in Australia, the United States and Europe, and most recently Comedy Central. In 2012, after the birth of her first child and writing her bestselling pregnancy book I’m not Fat, I’m Pregnant!, she presented a humorous six-part television series about pregnancy and motherhood, Keep Calm and Carry On. Her first book, Jaquie Brown’s Guide to Everything and Recipes and Quizzes, was published in 2009. She lives in Auckland with her husband Guy and son Leo, and writes a weekly column on the first-time parenting experience in the New Zealand Woman’s Weekly. Jaquie twitters @jaquiebrown.

Hailed ‘the ideal pregnancy book’ (Gisborne Herald), Jaquie’s week-by-week account of her pregnancy has been called by NZ Doctor the Kiwi version of Aussie Kaz Cook’s classic Up the Duff. However, the reviewer went on to say that advice in I’m Not Fat, I’m Pregnant! is ‘much more diverse and more relevant to New Zealanders’, saying that the inclusion of men’s views makes ‘the book accessible to both sexes’. The book includes a wide range of advice and interviews with men and other women about their take on pregnancy and parenting, reflecting the fact that everyone’s experience of pregnancy is different. The book has been praised for its careful balancing of humour, sensitivity and professional advice. Unlike most pregnancy books which end with the birth, this book also covers the three months post-birth, providing a handy reference book for sleep-deprived new parents. Dividing the book into the three trimesters has ‘made information easy to find and is cross-referenced throughout’ (Bay Weekend).
Reviewing I’m Not Fat, I’m Pregnant! on Television New Zealand, the reviewer concluded: ‘Jaquie’s humorous approach to the mad ride that is pregnancy is refreshingly frank and reassuring for those who have yet to experience it. Highly recommended for mums and dads to be and those thinking about starting out on the journey!’ 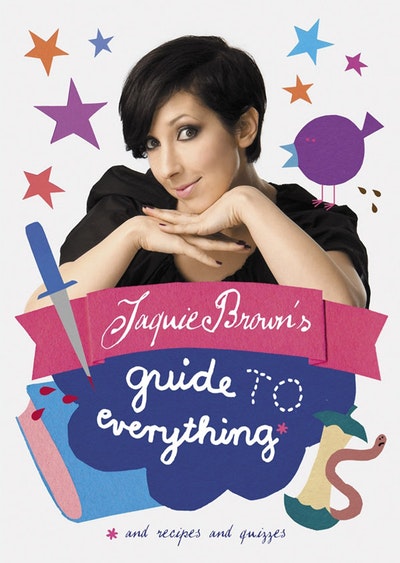 Everything you need to know, and more.